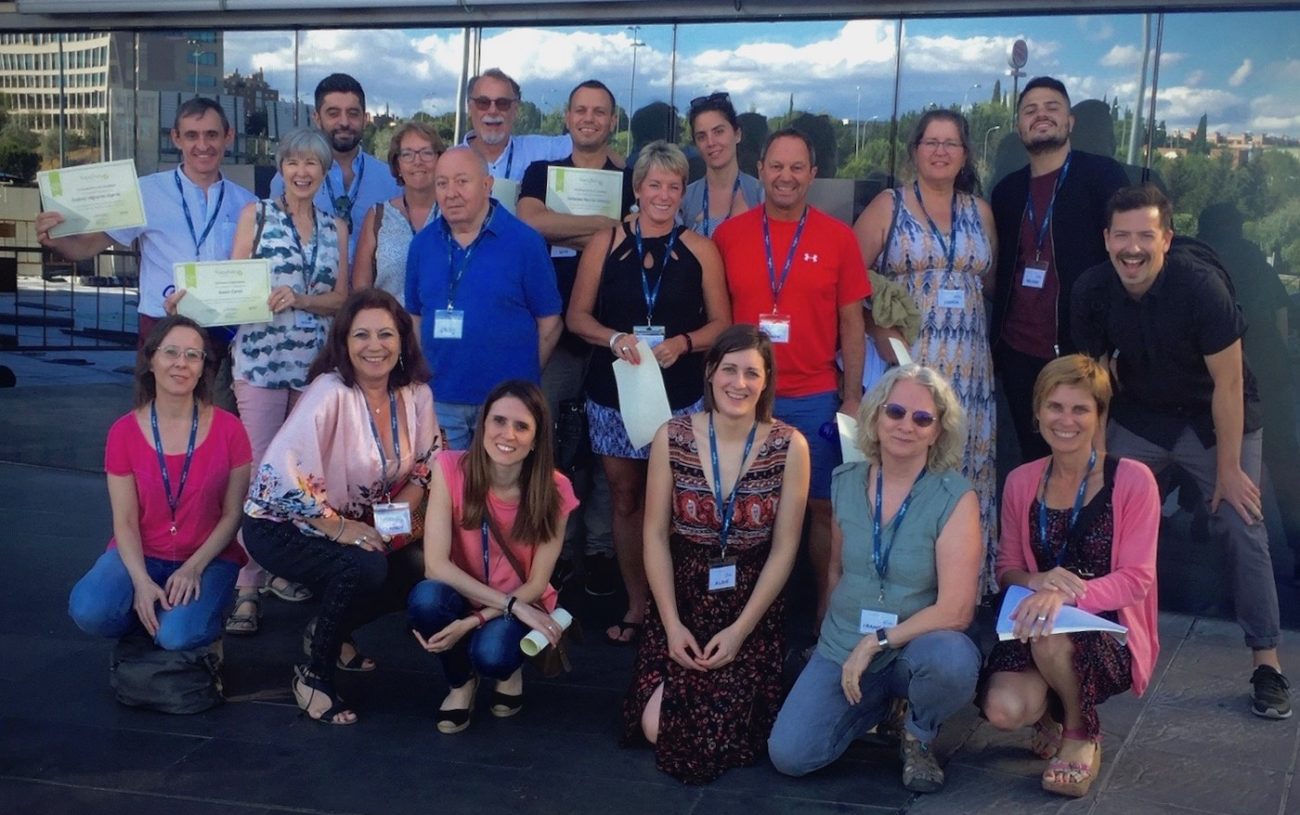 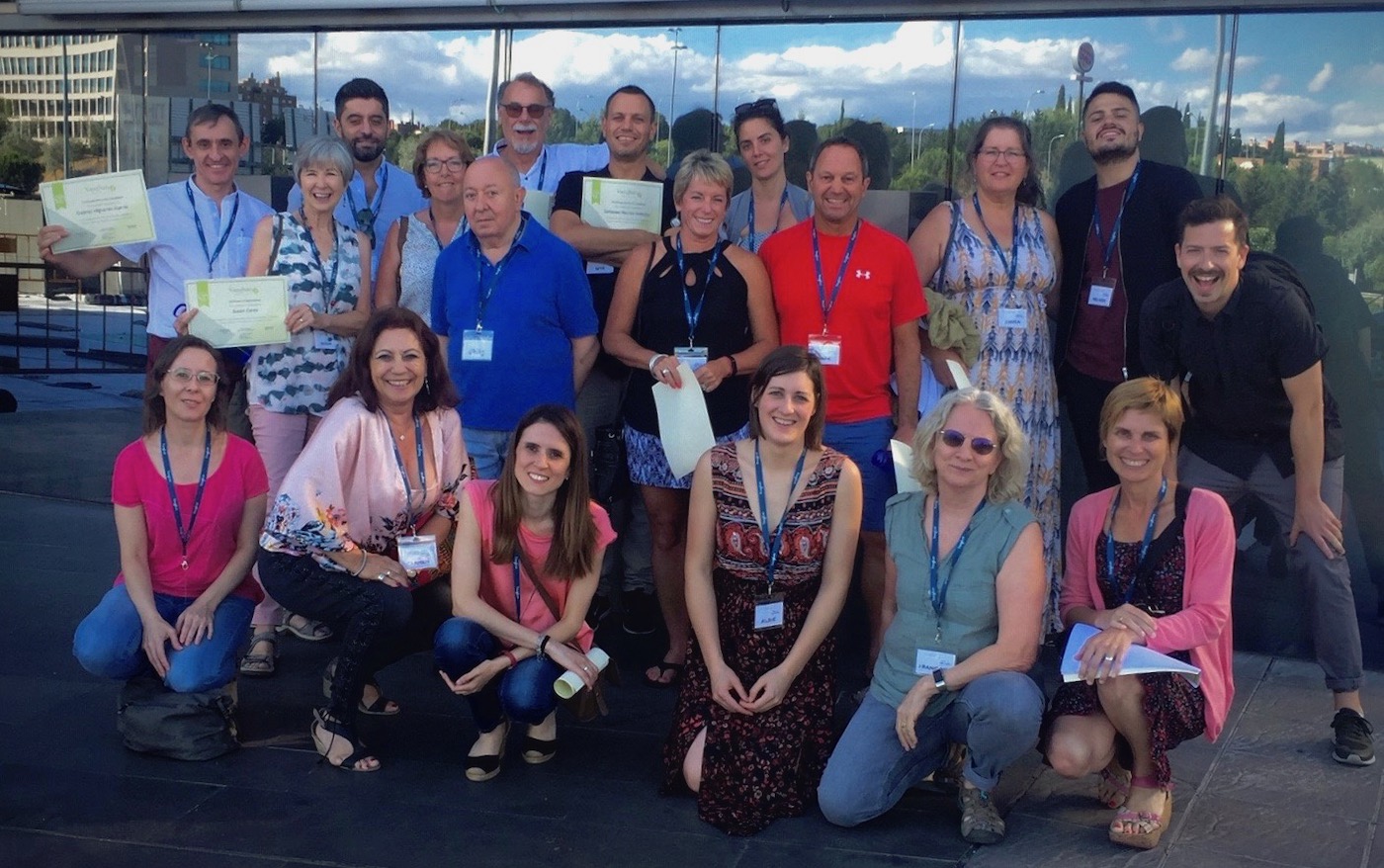 Jamie and I just volunteered for the first time in Spain.  Woohoo!  We’ve been waiting for our Spanish to reach that “good enough” level and guess what? It hasn’t.  So, we volunteered for an organization that needs native English speakers.  I’ve been speaking English all day, everyday, all my life and so has Jamie.  We’re naturals for this.

The program we participated in is called Vaughan Day Town. Grupo Vaughan is an English Language school that does day-long and week-long programs where participants are immersed 100% in English with native English speaking volunteers.

Our day town event was 10 hours long and we ate breakfast with the participants, we ate lunch with them, and we conversed in semi-structured ways.  We were assigned one or two conversation partners during each segment of the day and given a phrasal verb (such as “to spill the beans”), an idiom (such as “so far, so good”), and a question to launch the conversation.  We could cover that material or go anywhere the conversation led.  And the conversations led and led.  We both were supercharged with energy at the end of the day after meeting so many fascinating people.

During my first conversation I met with Françoise, a French woman, but she’s lived in Madrid for most of her life, and raised her family in Spain.

Our conversation covered a lot of territory including Françoise’s experiences volunteering to improve her English.  For many years she’s volunteered at a music festival in Birmingham, England.  Naturally, she’s had some language blunders over the years but none quite so memorable as her first one.  While staffing an information booth, a man needed information (duh!).  She didn’t have the faintest idea what he was asking.  With hand signals and smiles she waved him right into the secured quarters for the musicians.  The organizers found a new job for her right away but welcome her back each year while valuing her experience and steadily improved language skills.

Françoise convinced me that it is time to seek out an opportunity to volunteer in Spanish and begin bungling the Spanish language in a setting other than a store or restaurant.  And, to get over my embarrassment.  Meanwhile, the Day Town event convinced me to continue volunteering for Grupo Vaughan as the all important “anglo” needed for their English immersion program.  So we are off to a one-week Vaughan Town event in December. Stay tuned for that experience.

Located in eight cities in Spain, Grupo Vaughan offers English language classes for adults and children through individual enrollment or through an employer.  Native English speaking volunteers are used to help their students learn to hear and speak English.

Because they want volunteers with a variety of English speaking accents, people come from all over the world to participate.  You begin by completing an application answering key questions about yourself and how you think you’ll contribute to the program.  Then you can choose up to three open trainings that you would be willing and able to attend.  If your requests and your profile fit the needs of the program, you may be invited to attend.  Nothing is final until they have confirmation of your travel arrangements and know that you are committed.

Both week-long (Sunday to Friday) programs keep volunteers involved for a 12 hour day, from 9 am to 9 pm but also include an all important siesta. Volunteer accommodations and meals are included but transportation to Madrid is at the expense of the volunteer.

You can find out more at the Vaughan Volunteer Website