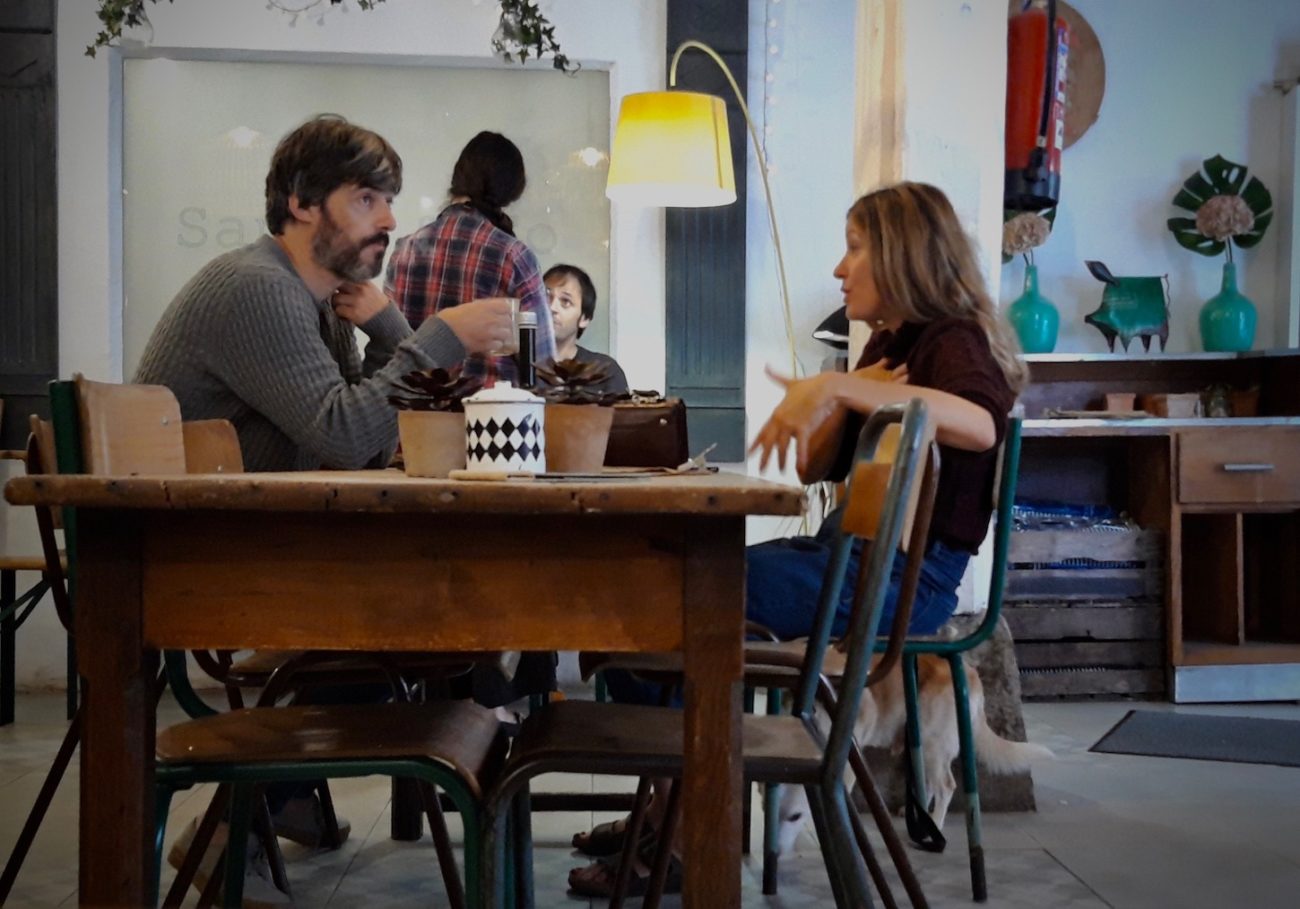 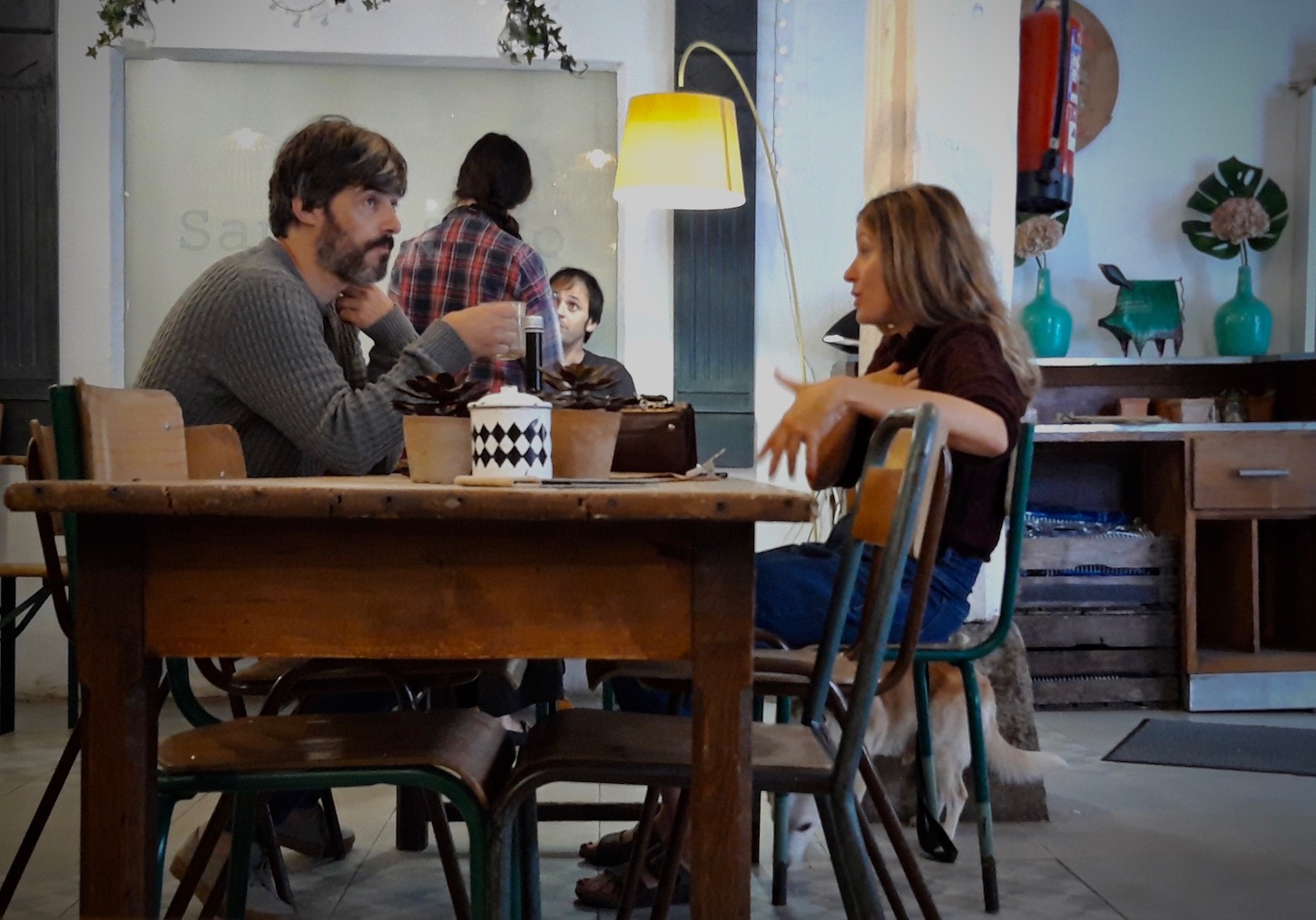 When we planned our Spain move people repeatedly made two comments, “You’re so lucky to be immersed in the language every day,” or, “You’ll pick up Spanish so fast living in Spain.”  All that pep talk had me believing that I’d be carrying on high-level conversations in six months.  Ha!

The truth is, after six months I wasn’t participating in any Spanish conversations.  I told myself I wanted some vocabulary under my belt.  Really, I was afraid to use Spanish en voz alta (out loud).

By the time September 2019 came around and we’d been living in Spain for two years, I couldn’t help but remember something said to me by Pedro, my landlord.  He said, “When children are two years old, they’ve been listening and absorbing.  Finally, they start to speak.  You will also be speaking when you have been in Spain for two years.”   That two-year anniversary told me I better begin doing something different.  I had to overcome my reluctance to speak and sound like a two-year old.

The struggles are real

I tried to improve my speaking skills in focused conversation exchange groups.  The first was at the American Space at the Polytechnic University of Valencia.  Tables of five or six in a quiet classroom setting seemed to work well, but it was too early for me.  I just couldn’t string a sentence together so I quit.

Next, Jamie and I tried a conversation exchange hosted in a bar -- once.  Bar settings are unbearably loud.  I haven’t learned to lip read in English let alone Spanish.  So, bars were a bust.

Many months went by before I even thought about trying again.  I only spoke Spanish with store clerks and waiters and only when I absolutely could not avoid it.  I fumbled over and over again.

I finally overcame my fear when I started attending the Guided Conversation Meet-ups run by Maria Hidalgo.  I have to admit though, even today it is still all too easy for me to sit back and listen, especially if my tablemates’ language skills are more advanced than mine -- which always seems to be the case.

Desperate, I had to find an approach to conversation exchanges that would work for me.

Jamie signed up on the website Conversation Exchange about six months before we came to Spain where he met a couple of Spaniards to practice with.  When he arrived in Valencia he was willing, if not close to ready to try speaking in the vernacular.

So, I decided to explore this tool.

It’s really easy.  Better yet, it’s free.   After the typical registration, I created a profile.  Part of the profile is to:

I said I wanted to practice in person with someone who lives in Valencia, Spain.  Then I jumped right into the natural next step and started perusing other people’s profiles.  After I found a couple of participants I thought would make me feel safe and comfortable, I sent messages through the site and waited for them to respond.

None of the people I reached out to responded but that’s okay.  I received requests from others.  In fact, so many requests that I had to de-activate my profile while I sorted through the back and forth to find schedules that matched.

With practice, the joys are more frequent

My goal was to find two people who wanted to meet weekly for about an hour to practice my Spanish and their English.  Meeting with just one person at a time meant I had to be an active participant.  I couldn’t rely on Jamie to carry the conversation nor could I rely on someone else at the table.  It had to be me, only me.

I’ve been so fortunate with the two partners I’ve had since September.  Jorge is highly motivated to improve his English for his career as a sales representative.  His company is German and English is the common language for all the sales people throughout Europe.  He’s at a level where his goal is to understand jokes.    We step it back several levels when we practice my Spanish.

Vanessa and I are more closely matched in the level of each other’s native tongue.  In fact, when we were choosing where we would meet, it was Vanessa who hesitated to speak English out loud in a café.  Actually, if Spanish speakers heard her they would applaud her.  I’m not so sure what they think about me babbling like a two-year old.

With time, the beauty captures your soul

Jamie and I came to Spain for new experiences, opportunities and personal growth.  We came to take time to reflect about our values, the way we want to live, and how we spend our time in retirement.  Learning Spanish has been a priority for us.  It hasn’t been easy.

I get frustrated, often to the point of tears.  Jamie throws in the towel regularly.  My tears dry and so far, Jamie climbs back in the game.

I give myself a lot of downtime when I need it. In fact, I gave myself the freedom to do only my daily Duolingo lessons for the whole month of August.  The break helped me return to my language studies with an appetite to reach the next level.  And, I’m so glad I did.  During these last three months I found power and beauty in simple conversations repeated slowly.  Most of all I met people I would never have met.  We help each other while sharing our cultures, traditions, and way of life.  What we are really sharing is ourselves – our interests, our lives, and our hopes.  That’s the most beautiful facet of this program.

Conversation exchanges are a golden opportunity to learn about the place we’ve chosen to call home and the people born here.