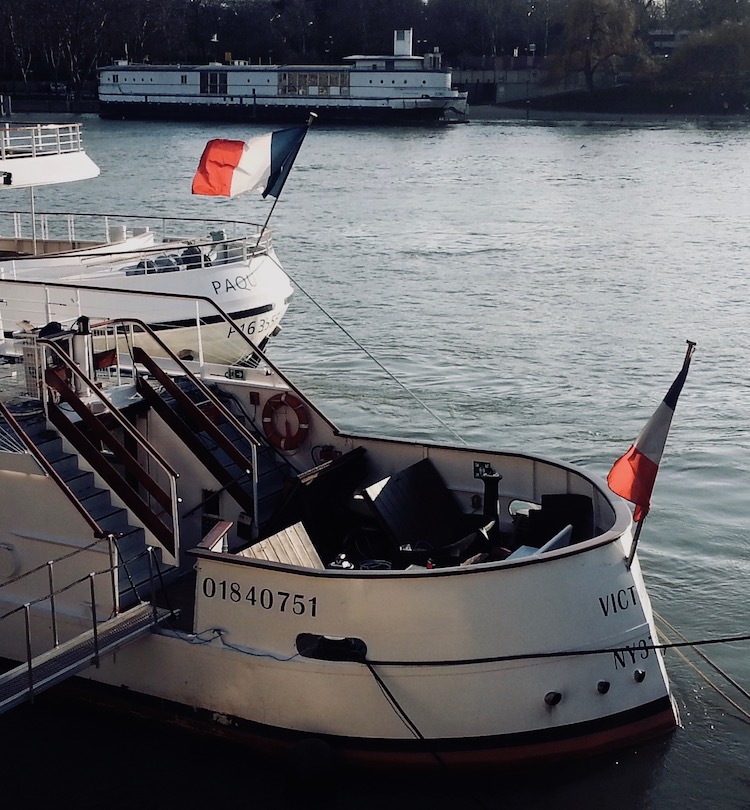 Awhile back Jamie noticed that RENFE, the Spanish Rail Service, was having a sale on trips between Barcelona and Paris, €25 in Tourist Class and €39 in First Class. He'd never been to Paris (or France for that matter) so asked me if I wanted to make a winter visit. In the minutes I considered, Jamie watched as the first class tickets started to disappear. So we just jumped figuring that in February we’d be able to find lodging easily.

I can’t remember how many times we dreamed of being able to spontaneously choose a travel destination.  But work and home ownership and responsibilities always constrained us.  Whenever "knock your socks off" travel deals popped up we’d dutifully put our noses to whatever grindstone we faced that day and labor on.  Or we'd read books and blogs,  search the internet, ask around, and then create a play by play itinerary --all to jam the “most” into a “once in a lifetime” trip.

Even today we can’t just drop everything and head out the door. With Lizzie and the cats, we aren’t quite empty-nesters. But having identified and vetted a diligent pet sitter meant our unplanned trip to Paris came pretty close to spontaneous and care free.

Thus began our reliance on French serendipity and our feet.

We are great fans of sharing space in peoples’ homes through Airbnb rather than hotel rooms, or even private Airbnb accommodation. We booked a room a short walk from Gare de Lyon, the rail station where we arrived. Despite very good directions, we turned onto the wrong street.  Easy to do at one of those delightful European intersections where 4 or 5 streets enter all higgly piggly. But we were only off by one so didn’t get too far adrift.

But back to our room, hosts, and serendipity, which is where I had been headed.

It’s always a bit of a worry when we stay with strangers even though meeting people is one of our primary travel goals. But our hosts, Frédéric and Adreana, ended up being among the highlights of our visit. Their flat belonged to Fred’s grandfather and he (Fred) grew up in the neighborhood. Adreana is from Bógota, Colombia. We spent a couple evenings chatting over dinner and/or glasses of reasonably priced French pinot noir that reminded us of Oregon.

Frédéric even took us to the neighborhood open air market and to his favorite bakery (the “best croissants”). Although I have to admit, I cannot tell the difference between Parisian croissants at €2.20 each and the Valenciano version at 3 for €1.50, or a Spanish café solo at €1.20 and French espresso at up to €4.50 per thimbleful -- aside from the price, of course.

It was nice of Frédéric to show us his neighborhood.  Great Airbnb hosts, that’s one for serendipity.

Jamie loves wandering around and exploring the unremarked places guide books ignore. So we skipped the bus tours and museum passes and never planned to visit a "must see" local.  Nevertheless, it’s hard to miss the iconic sights of Paris.

They do seem to love mammoth buildings that dominate the horizon which makes Paris easy to navigate. You almost always have a referential landmark in sight and the river to demark one boundary. We ended up visiting more  of the sights than I thought we would.

If you really want to be serendipitous about your choices, you have to be moving slowly...

Our first morning we set out strolling along the Left Bank (if you can call a windy, cold walk in February strolling). Of course, we couldn't help noticing Notre Dame.  A big old iconic church on an island in the middle of a river is hard not to notice.  So we popped over for a closer look. What a surprise, the church is heated which made our visit more pleasant than the bone chilling cathedrals visits we remembered. 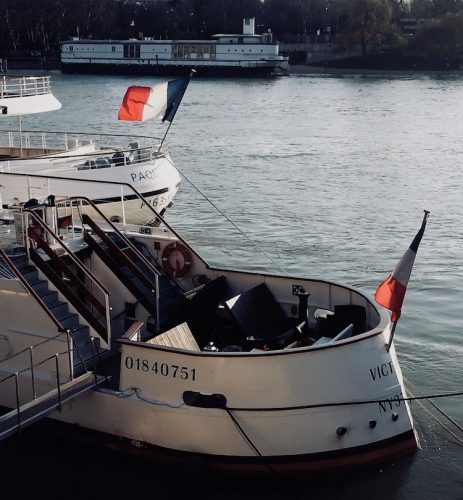 Strolling Along the Seine

We planned on skipping the Louvre but the paucity of lines as we cut through the grounds on our way to Museé d’Orsay momentarily tempted us, until we realized it was closed.  Of course that meant the lines at Museé d’Orsay, just across the river, were hours and hours long.

Well, that wouldn’t do, so we continued walking until reaching the Eiffel Tower where we managed to avoid the pickpockets and decided against climbing, being already fairly tuckered after a several kilometer walk.

Oh, we did return to Museé d’Orsay the next day and wait in line for only a few minutes.  What a difference a day makes. And lucky we were on top of that.

We arrived at the scene about 30 minutes before the museum opened, so ducked into a nearby café for one of those €4.50 espressos. That particularly expensive coffee may have paid off for us.

Chance Encounters Are the Best Part of Travel

We were sitting next to two people who were speaking sometimes in English, sometimes in Gaelic, though we had no idea it was Gaelic at the time. Jamie struck up a conversation with them and we met Fiona and Ned from Edinburgh.  We chatted for a while and Ned ended up inviting us to come to stay with him for the world famous International Fair in August.  I immediately said, “We don’t have anything planned for August yet!”  We’ll stay in touch with Ned and see if this second bout of serendipity comes to fruition. 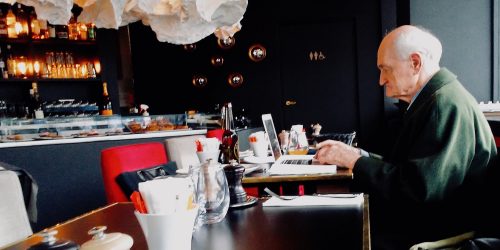 On another night we met a couple from Brittany. We both finished dinner about the same time and chatted as we stood up to pay the check. They come to Spain twice every year and stay in Castillion, not more than 30 minutes by train from us. We exchanged contact information with them and will stay in touch. This was such a friendly trip.

We had long days on our feet but still managed a late night when we walked the Champs Élysées, saw the Arc de Triomphe, and then swung by the Louvre courtyard to sit and watch the Eiffel Tower light show (20,000 strobe lights that glitter for 5 minutes). Then we strolled along the Seine  past Notre Dame and ended up having dinner at a very traditional French café.  Footsore, we didn’t get to bed until midnight.

Our impressions of Paris are quite positive. It’s easy to navigate by foot or Metro. The French have mastered elegant design. The architecture is pleasant and relaxing. Every café out does the next in beauty. And those people know how to dress!  A big shock was how friendly today’s Parisians are. The younger generations have embraced cosmopolitanism. We truly felt welcome.

This is not yesteryear’s Paris.  I kept telling Jamie, “I could live here.” -- until I remembered those coffee prices that is.