The novelty is dissipating. After the first two whirlwind weeks of paper chases, wandering around wondering what the heck we just did, discovering, and trying new things, we are awakening …

I was in the fourth grade and I’d spent three years in the slow reading group when, with the flip of some internal switch, I could READ! Not just words …

We’ve had months to plan our transatlantic migration to Spain. But, no matter how we planned, how carefully we researched our options, no matter how successfully we negotiated the preliminaries, …

×   Important Update   Our readers have been kind enough to share new information, so we put together an update on how to get your Spanish non-lucrative visa application …

When Susan and I decided to retire a year early, I worked out a comprehensive financial plan for early-retirement. The plan called for us to conscientiously economize for two years, …

Two peeps, one dog, and four cats drive from Salem, Oregon to Pewaukee, Wisconsin in a Subaru Forester. And survive. Day 1: Salem OR to Spokane WAWhat did we learn …

Due to a hot housing market, we faced down the challenge of downsizing our 2400 sq ft home to the few boxes we’re bringing to Spain in 30 days. It …

I remember streaking back in the 1970’s. I even tried it a few times…with friends under the cloak of darkness when not many people were around. It was a youthful …

I thought my stuff was different, confessions after a first time garage sale. We aren’t garage sale types. Working for a nonprofit that operates a thrift store has been a …

We’re heading to Spain and we’ll be leaving many of our pets behind.  No we aren’t heartless creeps who abandon pets when it’s a little inconvenient.  The only pets we’ll …

Easier sleeps, better eats, and a happy dog – a few of the reasons we head out each morning … Morning vs Evening WorkoutsIt’s been 18 months since we made …

President Trump’s Immigration Policy Didn’t Resonate in Spain.While we were on a trip to Valencia, Spain to check out our new home possibilities, President Trump said in a press conference, …

After three days of walking Valencia’s old city (Ciutat Vella) and the surrounding neighborhoods our feet were more than ready for a rest, so we decided to tour the outer …

More than a year ago we walked into our gym ready for a workout only to learn nearly every one of our fitness classes — kickboxing twice a week, my …

It’s time to get serious about turning that unorganized information into a stepwise action plan. Pet passports, visas, insurance, international banking,… when you’re moving to a new country there’s a … 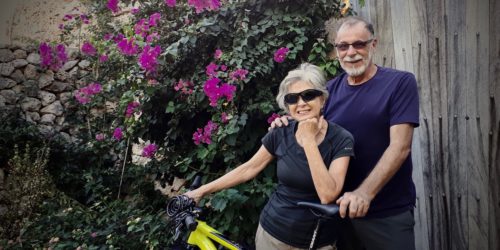 We are Susan Carey and Jamie Wyant

In July of 2017, seven of us, 2 peeps + 4 mellow cats + Lizzie (TBDE) sold our house and most of our possessions.  We set out to meet new people, explore new places, and experiment with new ways of living.

We both started out our adult lives with fine arts backgrounds. Then things changed.

Susan’s 40-year-long career was in the business sector.  She enjoyed early success and spent more than 30 years in executive positions.  Most recently, Susan spent 16 years at the Willamette Humane Society in Salem Oregon, first as the Executive Director and then as the Director of Communications and Development.

After additional studies, Jamie spent his early career as a forest ecologist working in East Africa and South Asia.  For the past 15 years he has been a part-time freelance writer and creative director.  He also took the primary responsibility for keeping our home and garden organized. 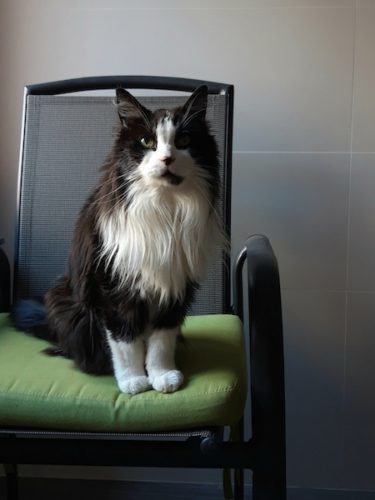 Teej (Tee Jay) is in his third decade.  His principal role these days is to nap most of the day and to vocally remind Jamie when it’s time to get up, to feed the kitties, and to study Spanish. 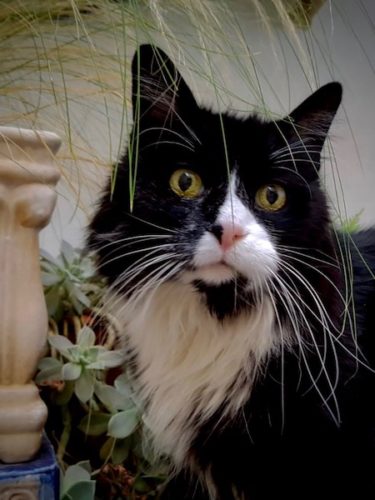 Rico is part rag doll part purrrball.  His role in the family has always been master of hugs and snugs.  At 17 years, he’s getting to be an old boy too. 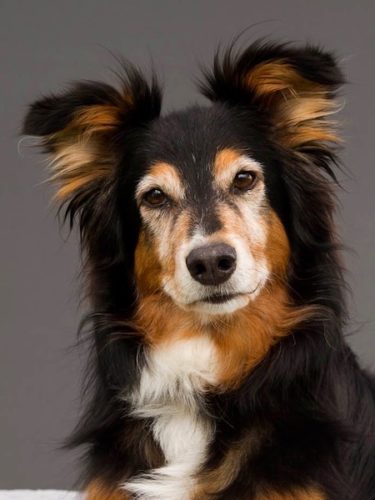 Emmie and Zander: We were a family of seven when we made our move to Spain.  We said goodbye to two of our cats during the  first few months after we moved.

All of our four-legged friends came to us from the Willamette Humane Society back in Oregon.

Please Note: We don’t have sponsored content here on GentleCycle.  We want you to know we aren’t being paid to say or promote anything.  This is because we aim to keep our content honest.