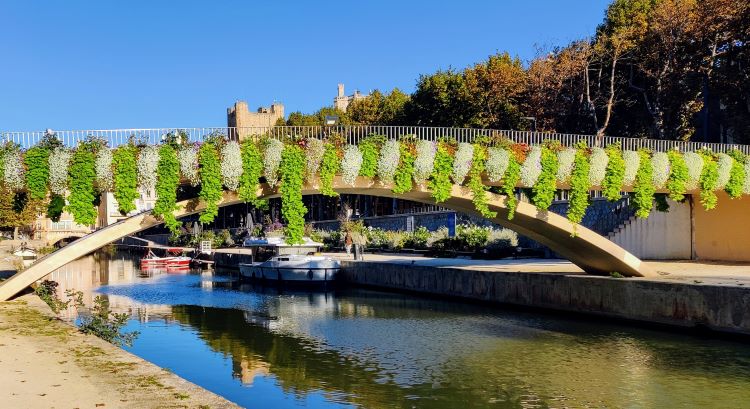 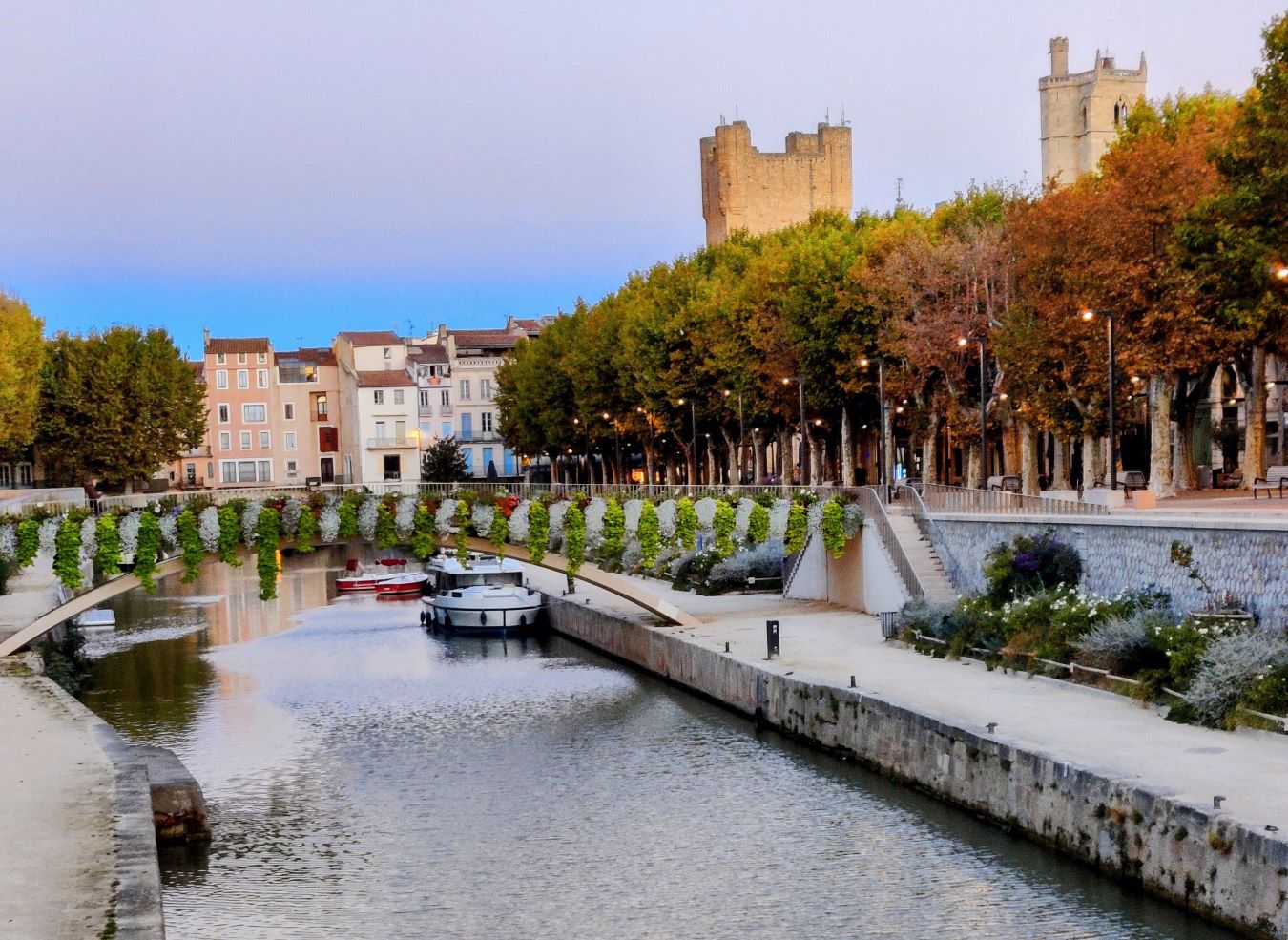 Our time in Spain was quickly waning much like the setting moon that shone over our departure from Catalonia where we had been visiting friends. Our bags were packed. Teej was in his carrier. And we were headed to France.

Aside from a quick trip to Paris a couple years ago, I’d never been to France. Oh, there was that weekend of hiking in the Pyrenees when we technically crossed the border but the differences between hiking trails in Catalonia and Catalan France are imperceptible. Our current foray was to be substantial.

However we are traveling with a cat of nearly 21 years. Susan and I decided to limit the distance of each train journey so that our old boy needn’t spend more than four hours at a time in his carrier. And that’s the primary reason we chose Narbonne as our first stop in France.

I’m glad we did because I was charmed by this often overlooked city that lies between the mountains and the sea. I think what I found most agreeable about Narbonne was its comfortable human scale. The cathedral, where construction started in 1272 but remains unfinished to this day, is still the most imposing building we encountered. Most of the city’s buildings top out at three or four stories. It’s easy to walk across town in an hour or so. We walked along the Canal de la Robine from the city center and found ourselves in countryside quiet in 30 minutes or so.

I know that I’m especially sensitive to big city bustle. It makes my head hurt and heart pound, not in a good way. I never felt that hard pressing on my psyche in Narbonne. I think Susan had a good laugh when I started asking people we met about living there. Is there a language school? What about outdoor activities? Where is the best place to live? I haven’t felt like this about a city since we visited Viana do Castelo in Portugal. Or maybe Eagle River, Wisconsin, which doesn’t count because it isn’t really a city.

As I suggested earlier, outside the summer crush (Narbonne is five kilometers from the seashore) the city isn’t high on most itineraries. If you visit, you will find a refreshing absence of offerings targeted specifically at tourists. Despite that there are dozens of restaurants in the city center and we did not have any trouble finding a couple of organic/vegan establishments.

Sunny autumn weather proved to be ideal for picnics in the many public spaces that Narbonne offers. We packed up our lunch and joined the citizens basking along the canal a couple of times.

I read somewhere that more than eighty percent of visitors to Narbonne are French. Everywhere we went we enjoyed hearing the gentle rhythms of the language surrounding us. We didn’t understand more than a few words but I like the sound of French.