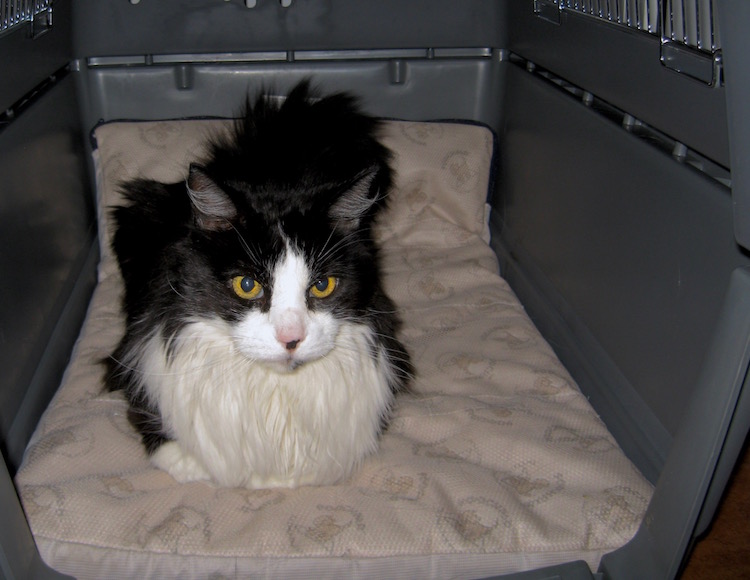 Our shipment of household goods was estimated to be in Valencia within 6-12 weeks of our August 2nd pick-up. Since we had a detour to Wisconsin and weren’t going to be arriving for 5 weeks ourselves, we thought we could easily get by with just a carry on and a suitcase apiece. We’ve already been in Valencia for five weeks and It turns out our stuff won’t arrive for another month -- at best.

In the meantime, we’re making do.

Where We Went Right

We packed summer clothes for our five weeks in Wisconsin and our first couple of weeks in Valencia. Until today, it’s been warm. But, sandals aren’t going to cut it much longer. 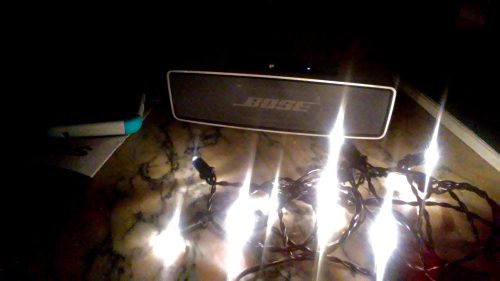 We have our mini Bose speaker for music, our kindles, and laptop. That’s all the entertainment equipment we ever needed. Check.

We stuffed two towels and a bar of soap in our suitcase at the last minute. That was a good move. We didn’t get in until 1 a.m. after spending hours and hours in Barcelona trying to get Lizzie and the cats out of customs. It was nice to wash the worry and exhaustion of our journey off the next morning.

I also packed a picnic knife and a tiny bar sized cutting board. We’ve used those to prep every home meal in the last month.

And for the pets – nail trimmers, furminator, shampoo, and first aid supplies. Check!

Where We Went Wrong

We shipped instead of carried our wine opener. How smart was that? In Spain a bottle of wine cost less than an opener. Did we really think we’d forgo vino tinto for weeks on end? Now we’ll have two openers. Of course, with wine so cheap we may wear one out.

Even dumber, we shipped the four pack of European electrical plug adapters we bought just before this trip. Jamie is still kicking himself over that one. He remembers wrapping them up and stuffing them into some box or another. By the time they arrive, we won’t even need them.

Two plastic sporks from REI worked well on our last bike tour. They just don’t cut it when you’re trying to live like you’re at home. One broke as I was dishing up ice cream. The other one melted when Jamie was turning pimientos de Padrón in the only pan we have just now, the paella pan someone left behind. 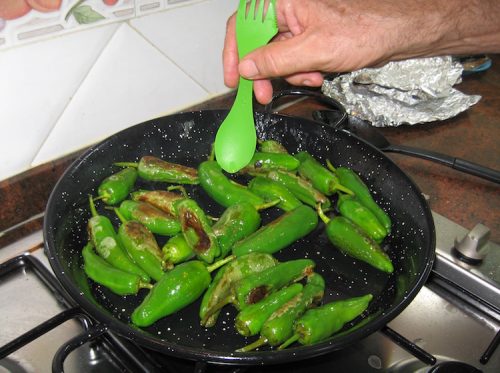 We tried plastic forks and spoons from the grocery store and then finally broke down and bought a cheap set of flatware for 4. Also some cooking utensils after friends lent us a steamer pot useful for our vegetables, rice, and quinoa.

Last week I missed a party because the weather changed and all I have are summer clothes. Well, I could have gone, but brrr.

What We Planned to Purchase

On day one we purchased some necessities: kitchen things like dish towels, potholders, glasses, a trash can, cleaning products, and sheets. Actually, our relocation agent purchased the set of sheets as well as a litter box and litter (arena de gatos) and left them in our apartment before we arrived. After 24 hours in transit, Emmie and the boys really appreciated that!

I told Jamie it felt like we were 18,  just married and moving out on our own for the first time.

We wound up needing a vet appointment right away for Zander cat and had nothing but the heavy-duty airline crate. Try carrying that to the vet! Jamie did more than try but he said he was not doing it for the follow-up appointment. A beautiful blue soft-sided carrier set us back another 40 euros. And we still have 5 gorgeous super-duty airline crates. One has become TJ’s favorite hide-out. Anyone interested in the other four? 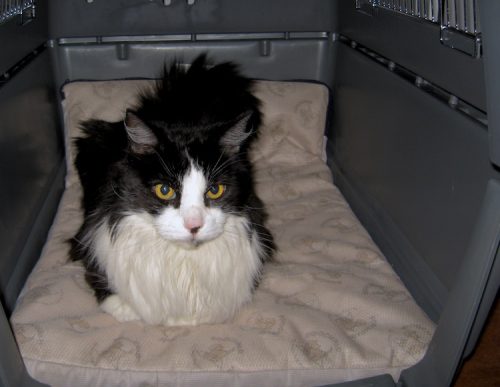 All in all, we packed a lot into our luggage. In hindsight, there is one thing we should not have packed. We over purchased canned dog food before we left so we threw 3 cans into our carry-on. Those were flagged at security x-ray and we thought we were going to lose them – another $10.00 loss. But, they waived them on through. Later, Jamie and I mused about the pull-tab on the top of the can and wondered if they even considered what an edge-weapon that would be?

Jamie has a niece who’s an executive in Homeland Security. I think I’ll mention it to her. Besides, canned food is too danged heavy for words. I know because I was doing the carrying.