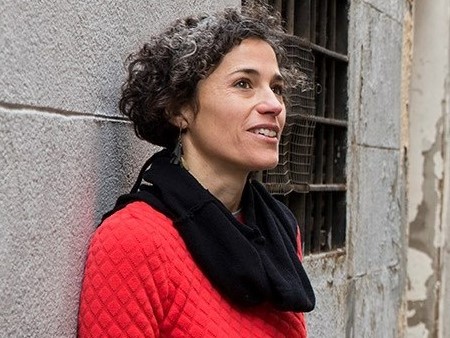 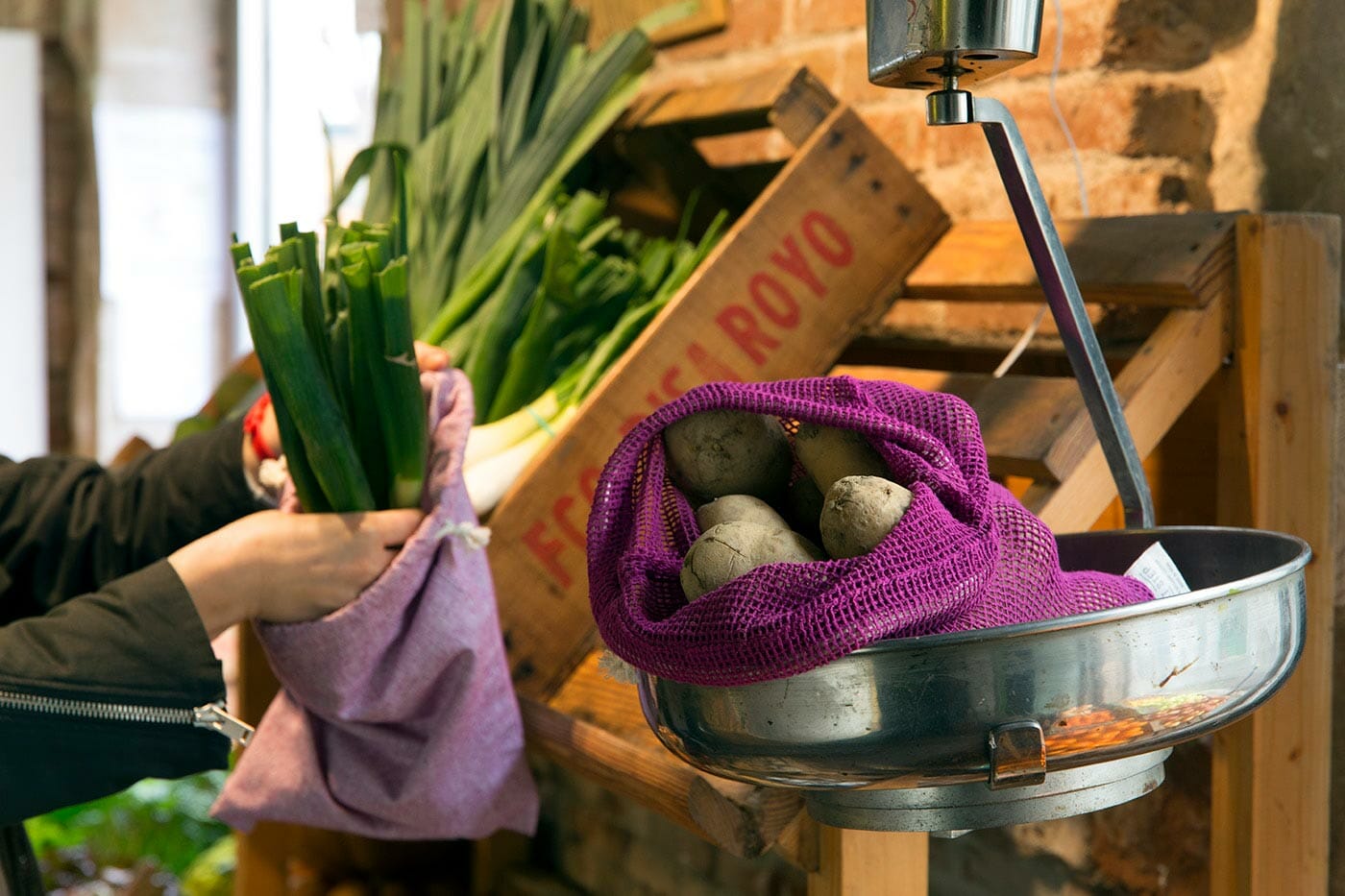 In 2005 my life intersected with a remarkable young woman from Barcelona Spain. I am delighted to profile Jenny Berengueras and her ongoing contributions to enhancing life on our planet for all creatures. 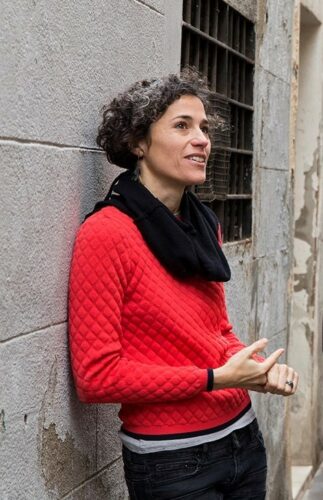 Jenny’s sensitivity to the injustices inflicted on animals came first. As an adult she awakened to the way in which we earthlings are trampling the environment as we chase more and more goods and resources. That’s why she initially studied environmental science with a minor in environmental analysis and policy. More recently she achieved a Master’s degree in Corporate Social Responsibility. Beyond studying, she’s learned to make a light impact on the earth and spent years in creating a career that encourages others to do the same.

Jenny launched her career in animal welfare working for Spain’s first non-governmental organization (NGO) devoted to animal defense and rights called ADDA. This work was followed by an intensive and exclusive one month program in Italy for Animal Advocates and then a Humane Society International program that sent her to the United States for two weeks of training. That’s how we met. I was the Executive Director at Willamette Humane Society in Salem, Oregon. Little did I know that we would become lifelong friends the day I agreed to house a program participant (Jenny) and show her the operations of one animal shelter in the U.S.

Now for the fun part: sharing a few of Jenny’s career accomplishments.

Her Work on Behalf of Animals

Las Ramblas in Barcelona is a famous pedestrian street, popular with tourists and locals alike. Some of the most iconic hotels and restaurants are found here along with street performers, artists, musicians and vendors of tacky tourists goods and lovely keepsakes. Once upon a time live animals and birds in small cages were sold on Las Ramblas. And when there were city holidays, the kiosks folded up for security and the animals were enveloped in total darkness for 36 hours without care. The consequent suffering and death was the trigger for ending the sale of live animals.

Jenny was working for FAADA when her organization joined forces with other environmental groups to end the sale of live animals from Las Ramblas. It was a battle to end this tradition but it was done with some effective and gruesome theater to educate the unaware populace. Multitudes of dead animals tossed in dumpsters after a long holiday weekend had to be pulled out and displayed on tarps in the light of day. Activists sat in cages without food and water for 36 hours. Happily, it worked. This trade was ended.

Going From Birds to Bulls

Jenny’s participation in helping to banish bullfighting in Catalonia rises to the top all-time accomplishment for me. I almost couldn’t bring myself to come to Spain because of this barbaric one-sided “sport.” Yes a matador is gored – rarely. On occasion one dies of his injuries. On the other hand, every single bull is tortured to death. This is because every move of the matador is designed to weaken the bull. The swords directed at the neck destroy the muscles, drop the head to make each stab easier, and create internal hemorrage. The death is painful and slow and the bull doesn’t have a chance. Spectators think this display shows a matador’s noble courage. I say it’s malarkey. Jenny wasn’t impressed.

The autonomous community of Catalonia Spain had active bullfighting in four cities when a coalition of six individuals from six animal welfare organizations took on the project to end it forever. These six trailblazers designed and carried out a novel plan. They used the power of citizen voices to convince legislators to vote to end bullfighting.

The endeavor was not easy. It took several years of planning and educating the citizenry and parliament. The architects of the bill were tense until the last vote was cast. With six to eight political parties in Catalonia and some voting as a block, the vote was tight. The final vote was 55 no votes to 68 yes votes with 9 abstentions. Since 2012, bullfighting in Catalonia is no more.

World Animal Protection produced an excellent video (English subtitles) that features Jenny explaining the process she and her colleagues went through to achieve this success.

Jenny was involved on many levels in the making of the documentary titled Empathy .  The purpose of the documentary is to encourage people to have empathy with animals and adopt lifestyle habits that don’t harm animals.  Jenny and her employer, Foundation for the Advise and Action in Defense of Animals (FAADA), commissioned film maker, Ed Antoja, to make the film.

Like most people, Ed wasn’t knowingly making lifestyle decisions that contribute to animal suffering. He was just living a normal life. It was his suggestion that the film follow and document the process of convincing someone to change their mindless habits. He volunteered to be the person they convinced. In the movie Jenny serves as a coach for Ed’s lifestyle transition.

Work on Behalf of the Environment

Next Step Bags is Jenny’s first entrepreneurial adventure. With her sister-in-law Yolanda, they designed and sourced planet friendly cloth and paper packaging made from recycled materials (mostly cotton t-shirts) to create bags designed specifically for bread and produce. Or, to store whatever you need.

Recycling is cool but we absolutely do need bags to carry things and isn’t it better to have a bag that will give you hundreds of uses instead of one (or maybe five uses if you are really good about reusing your plastics). Interestingly, as I write this blog post. We are in Avignon France and they just banned plastic bags on November 1! 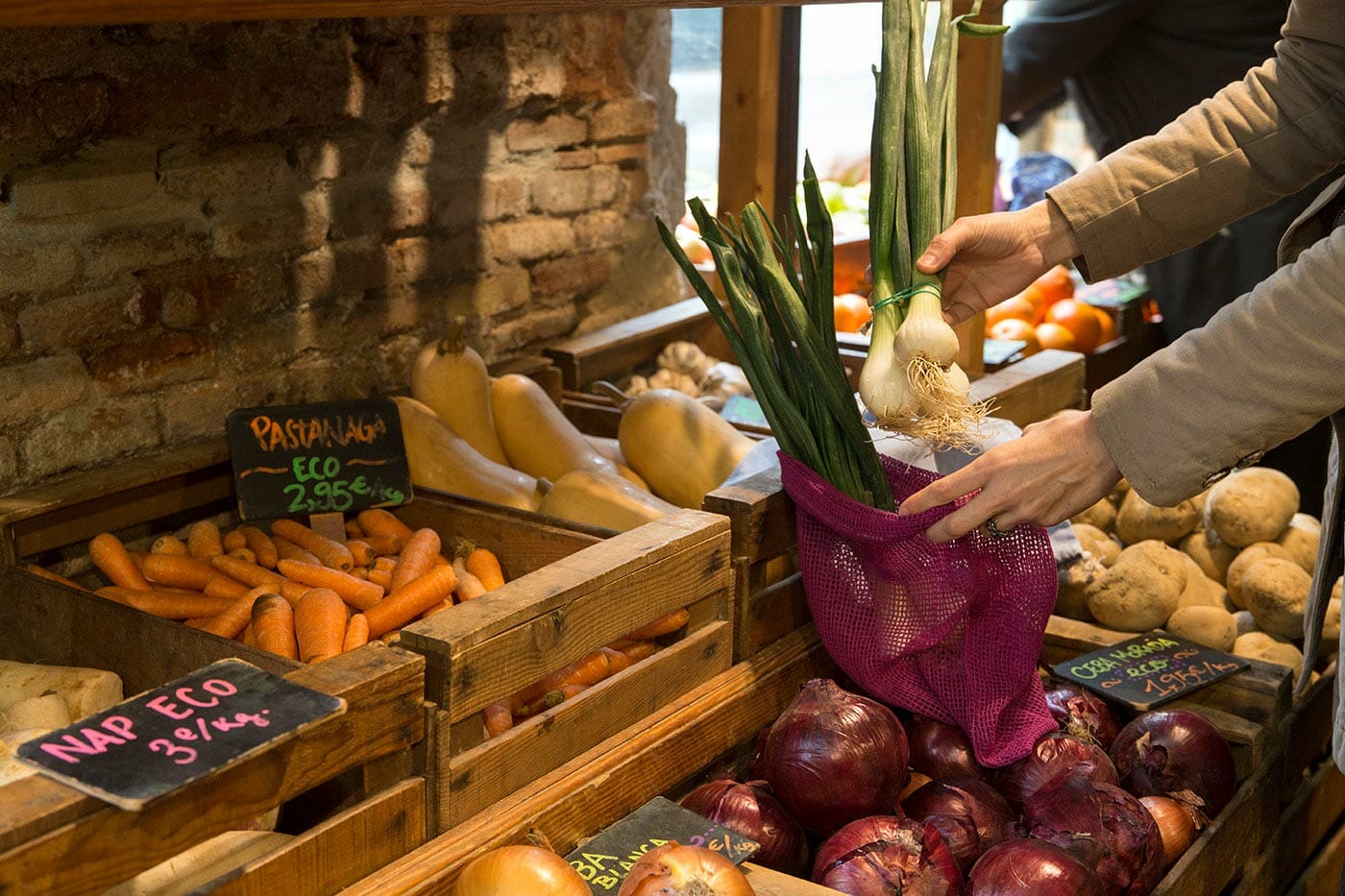 You can buy Next Step Bags from anywhere in the world. Just click here.

Also, if you want to practice your Spanish you can read Jenny’s Blog Post about the manufacturing of the bags in India along with pictures of this small but ecologically sound operation that turns recycled cotton into new yarns and papers.

In addition to the sales and distribution of Next Step Bags Jenny works at Rezero, an NGO focused on creating a circular society where waste is no longer the byproduct. Their programs are aimed at business and consumers and tied to the EU’s goal of reducing single use plastics by 2030.

Next July 3rd when your calendar says it is International Plastic Bag Free Day, just remember that Rezero started this world-wide program.

Jenny is Our Personal Influencer

I don’t need to go to Instagram to follow influencers. Jenny has helped us think hard about our path ever since we met. And, I think we’ve lived a better and healthier life by first reducing the animal products in our diet and lives and now nearly eliminating them. I’m not sure every wine or every shoe I buy is completely free of animal products but we are always doing our best. 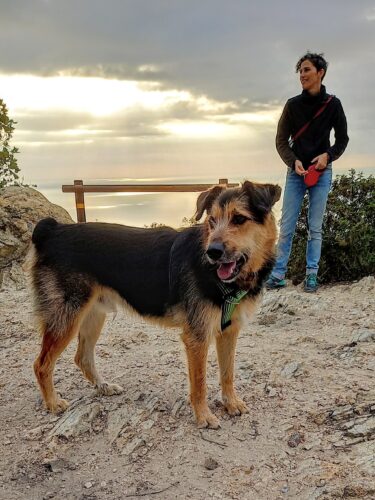 Recently I shared a couple of my latest pet peeves with her only to hear that she’s already way ahead of me...again. We were talking about the waste that an event generates and in particular the widespread use of helium balloons. I deeply regret how casually I used balloons (and other single-use plastics) for Willamette Humane events. Well, of course anything that litters our waters and kills our wildlife is an issue for Jenny too. She turned me onto the organization Balloons Blow – an educational page on the dangers of balloons to wildlife and the environment.

We also talked about how I’ve evolved to hate fireworks. So has Jenny. It is most unusual for a Spanish woman to reject fireworks. To enjoy fireworks on every occasion, even weddings, (not just the pretty part but the loud part) seems to be in a Spaniard’s DNA.

Of course, it doesn’t take long for anyone involved with animals to see how disturbing and frightening fireworks are for pets and wildlife. That’s how Jenny and I began to cringe around fireworks. In the U.S. the July 4th holiday fireworks cause the highest numbers of lost pets. The loud explosions cause dogs and cats to become frantic and run. Some so far away they never return home. Then there’s the air pollution, the litter, and dangers for the producers and the handlers. What a crazy tradition to hang your hat on. It makes me feel like we are all part of the Hunger Games.

Jenny’s career can be summed up neatly by a quote:

Start by doing what’s necessary, then do what’s possible; suddenly you are doing the impossible.