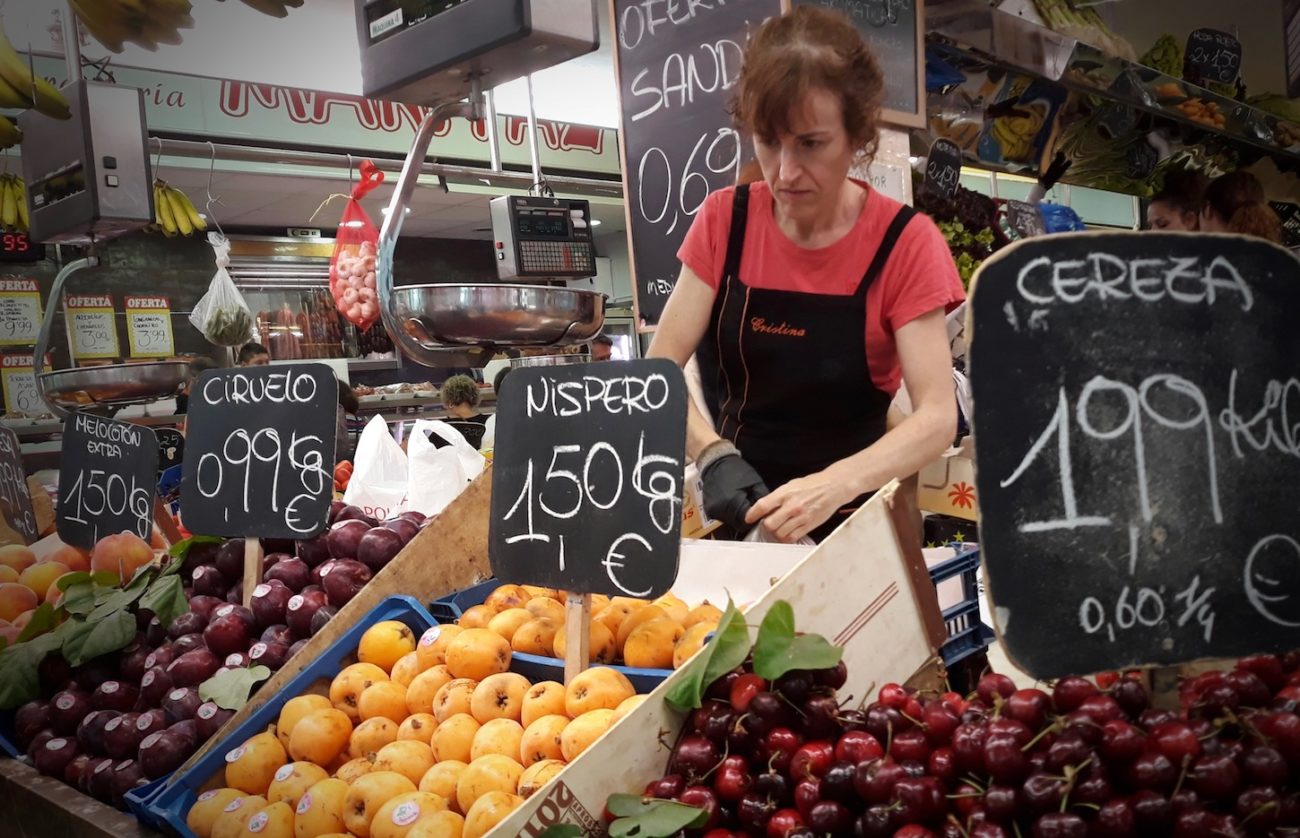 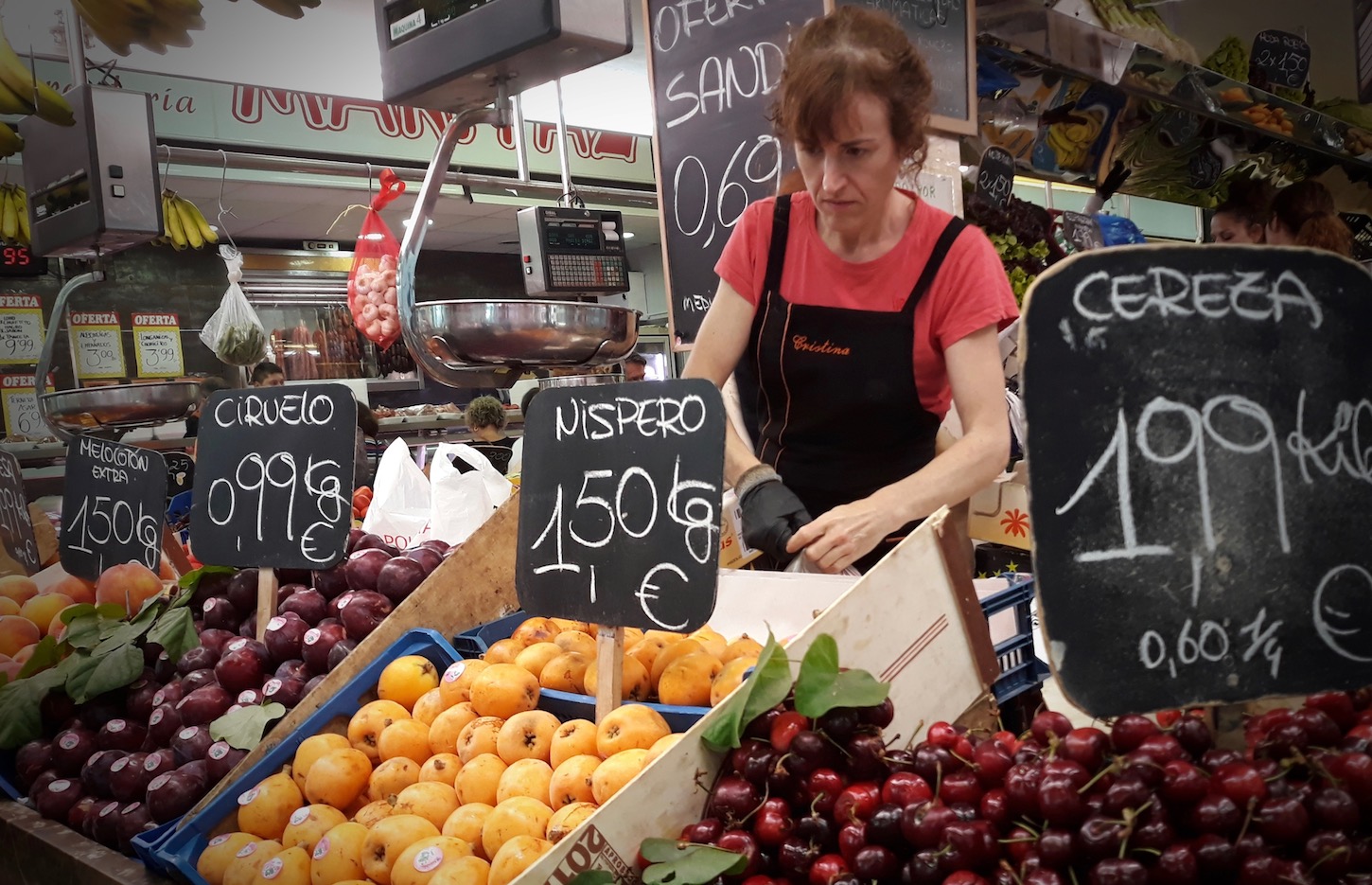 On January 1, 2015, we gave ourselves six months to drop some weight.  Jamie had never purposely set out to take in fewer calories than he needed. In other words, he has never dieted.  Like every woman I know, I can’t say that.  But I never found an approach I could stick with.  Sound familiar?

From my past experiments, I knew I didn’t want to follow someone else’s recipe plan or buy their special food.  I refused to count calories, points, or record everything I ate.  I wasn’t going to weigh every gram.  Oh, and I wasn’t going to eat meat or fake meat.  What was left?

Finding Our Own Path

We began our path with the usual deprivation type activities believing you can do anything for a few short months.  Setting our own rules seemed like a good idea.  We might chafe at someone else’s rules, but I thought we could live with our rules.  Apparently not.

Habit is habit and not to be flung out the window by anyone, but coaxed down the stairs one step at a time.Mark Twain

Turns out that even the notion of “rules” conjures negative thoughts.  You just naturally resist.  After trying rules for a couple of weeks, we sort of slipped into a different approach.  The approach of forming new habits.  We actually didn’t set out to change our eating habits.  Like most people, we weren’t even aware we had eating habits.

We operated on autopilot.  In the grocery store, we tread the same route putting the same items in the cart. In the kitchen, the same meals prepared at the same time.  Some habits were pretty good, others not so much.

We now Save Sweets and Seconds for Saturday and Sunday (SSSSS) as a reward for good eating throughout the week.  Psychologically, the SSSSS habit worked really well.  We didn’t feel like we were denying ourselves. We were rewarding ourselves. T hat made it easy. SSSSS works so well that we don’t even think about it anymore. A nd we rarely desire sweets.  We do, however, look forward to enjoying a glass of wine on weekends.  That’s become our “sweet” treat.

Understanding that some foods actually make you more hungry in the long run led to Habit #2: find substitutes for, then minimize, “white” foods (sugar, pasta, bread, rice, potatoes).  These foods are packed with simple carbohydrates that your body quickly converts to spike your blood glucose.  Then, of course your pancreas produces insulin to control the blood sugar level but it can overshoot the mark resulting in a rapid return of hunger sensations.  So you take another roll and the feedback loop continues.

Studies have shown that people who indulge in the restaurant “bread basket” end up eating more than those who don’t indulge.  As a vegetarian, I had relied on starchy foods to fill me up.  Was I surprised how my perceived hunger changed once I dropped these from my diet.  Today I rarely get that “I would eat anything right now” feeling.  The vending machine at my office doesn’t make any profit off me.

We consciously replaced “white food” with whole vegetables and fruits and found that quinoa is a reasonable substitute for rice or pasta.  Of course we still indulge in an occasional risotto and Jamie even bakes bread once in awhile.  But these indulgences come under the SSSSS habit and we enjoy them even more now that they are special treats.

I borrowed Habit #3 from something I read: 90 percent of your meals should be home cooked.  That means at most three restaurant meals a week.  This allows you to really control your ingredients.  Many people think that cooking at home takes more time.  We did, or at least we acted like we did.

So many times after our evening workout, one of us would suggest we grab something on the way home. Which was silly, there aren’t any restaurants between the gym and our home.  But we were tired and hungry and we wanted to “eat right now.” We were still loading up on starchy white foods at the time.

Taking travel time and that inconvenient wait into consideration, I think home cooking might actually save time.  With a little practice, we adjusted. These days:

Having a committed partner made all these habit changes work for us.  Because families often have the same life patterns and eat the same foods, it’s so much easier when all members of a family agree to travel the same path together.  We call our team approach our “itty-bitty committee.”

Putting a “Why” Behind the Habits

Success is reinforcing.  Pretty soon there is an even stronger urge to know more.  In the first six months of this transformation to our relationship with food, we read widely on nutrition and food chemistry.

A good place for a gentle cyclist to begin might include: Michael Pollan’s Food Rules: An Eater’s Manual.  I picked up Mr. Pollan’s philosophy: eat food, mostly plants, not too much. I especially loved his take on junk food or rather his belief that there is no such thing as junk food.  That’s because those two words don’t belong together. Supermarkets are full of food-like substances. Period.

By recognizing that I’m not consuming food when I grab a pop and Cheetos put that particular “snack” habit into perspective.  What helped me break the habit was mentally re-categorizing my snack as taking poison.  That made it easy to choose an apple instead.

Jamie later came up with the term “slow poison” since we didn’t immediately fall over dead with a bite of cake in our mouth.  That mental picture still works well.  We frequently find ourselves looking at one another knowingly and mouthing “slow poison” when candy, potato chips, cupcakes or chocolate chip cookies are mentioned or offered.

T. Colin Campbell’s Whole: Rethinking the Science of Nutrition as well as his book The China Study make a powerful case for using diet to prevent or ease some of life’s most insidious diseases.  His comments about the food industry are similar to those laid out in Food Politics: How the Food Industry Influences Nutrition and Health by Marion Nestle and Michael Pollan.

In particular I liked Dr. Campbell’s remastering of the old expression “there are two things of certainty: death and taxes.” His two certainties are eating and death.  He says we are all customers of hunger and death.  And there is lots and lots and lots of money to be made off those certainties.

The food and health industries in American are among the most influential organizations in the world and will do anything to compete for our food and health dollars.  It’s may be wise for the gentle cyclist to remember these industries are not altruistic. Because they are driven by profits, they don’t necessarily have our best interests in mind. One must be a tad skeptical when encountering industry sponsored recommendations and marketing.

For me, the most shocking book was Wheat Belly: Lose the Wheat, Lose the Weight, and Find Your Path Back to Health, by William Davis. I knew to limit my wheat intake because the high glycemic properties play havoc with your appetite and blood sugar.  But I didn’t know today’s wheat bears little resemblance to the wheat of the 1940’s.  In the 21st century, wheat, along with corn, soy, rice, and most grains is genetically modified for pesticide resistance, improved yield, easier harvesting, and more.  What hasn’t been explored or fully understood is how these modifications affect the absorption and use by the human body of this once highly regarded food source.

Neither one of us are food scientists.  All we did was take these ideas then experiment a little by applying them to our own lives.  We each dropped a substantial amount of unwanted weight (11-12 percent of our body mass) without any sense of deprivation.  And we feel better than we’ve felt in decades.  So we now have a mindful approach to food and eating. An approach that’s defined by our personal values and dedicated to our long term well being. It doesn’t get much better than that.

Disclaimer: Neither Jamie nor I are nutritionists, health scientists, or physicians. I’m not giving dietary advice. I’m simply sharing what is working for us in the hope you too will decide to look deeper into adapting your food habits to better your health and well being.