Pomegranate season is officially over in the Alpujarra.  When we arrived in late October we had only a couple of weeks to get our fill of these extraordinary fruits.  Most of the beautiful fall foliage was already on the ground and the fruits were all split, displaying their abundant ripeness, but that only heightened their flavor.

I actually began buying pomegranates in earnest while living in Valencia.  Previously, I enjoyed the juice but I wasn’t a big pomegranate-a-day person in Oregon.  Maybe it’s because they take some effort to clean. The average pomegranate has 613 seeds  and cleaning is a lengthier endeavor than eating. 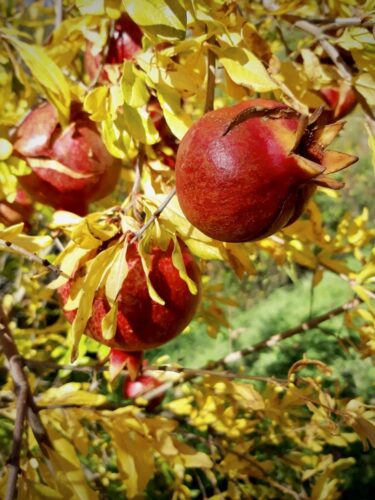 We enjoyed granadas right off the tree.

One of the things we learned on the farm at Las Chimeneas is how to eat them right off the tree.  With the fruits already split, it’s pretty easy to break them in half and share with another person.  Without cleaning them, just open your mouth and bite letting the sweet juice run down your chin, shirt, hands, and on to your toes.  Great fun.  Especially if you have a water tap nearby for the clean-up.

I never did get to the bottom of why the pomegranates I bought in Valencia always had such anemic looking fruits.  They were really quite pink instead of red.  Some people said it was a different variety.  Others said the pink fruit meant it wasn’t ripe.  All I know is the ones we had here were blood red and split wide open in their ripeness.  Of course, they can’t sell them that way in the stores.

Andalusia is pomegranate country.  The Spanish word for pomegranate is granada, and the city of Granada is named after the fruit.  Maybe that’s why it was so easy to remember what to call a pomegranate at the market.

Now, if only they had named Madrid after eggplants it might not have taken me two years to remember the word berenjena.

The next time you are cleaning a pomegranate I encourage you to enjoy Plácido Domingo singing the song, Granada.  I've got to say, you'll never think of pomegranates in the same way. 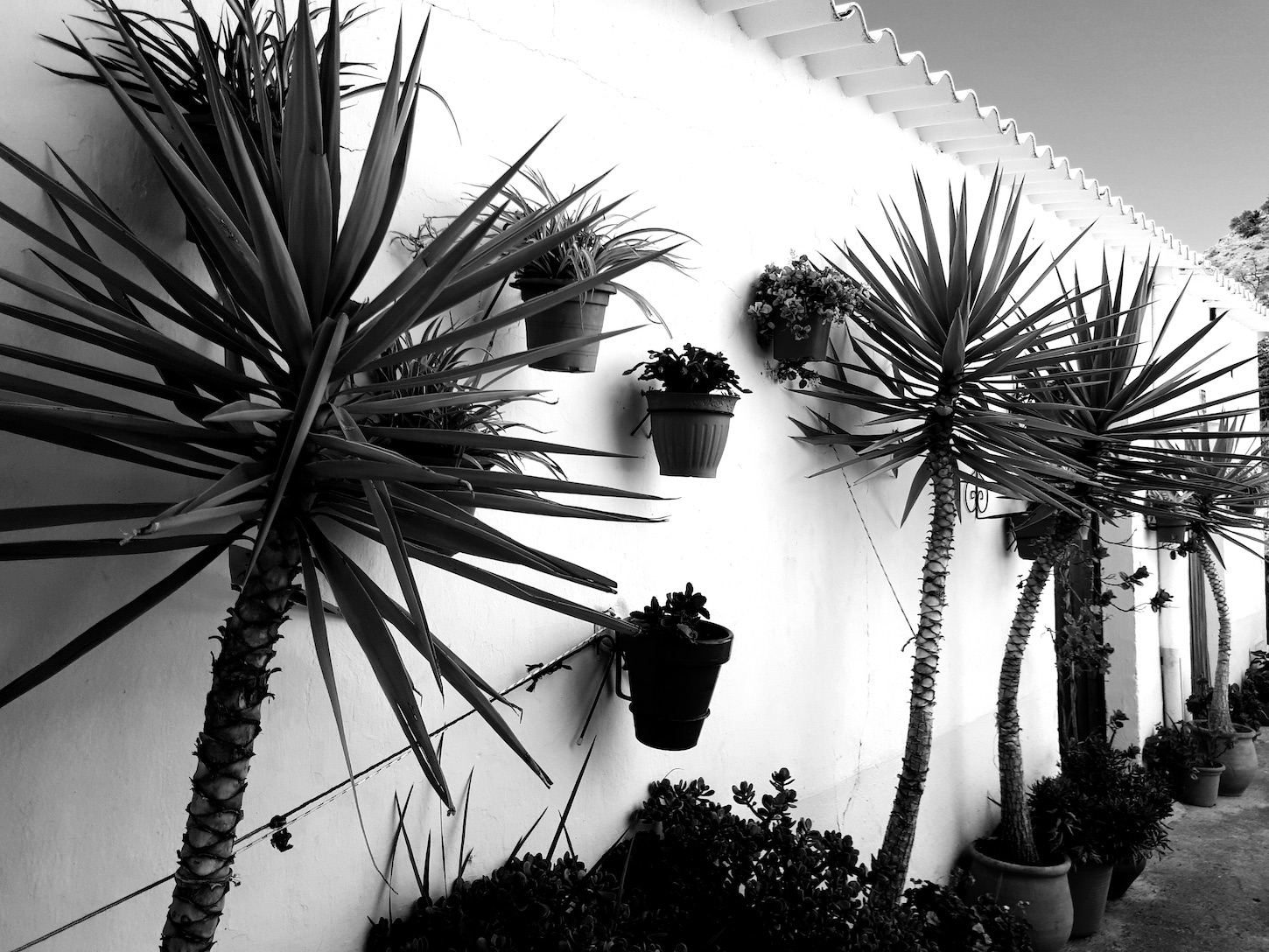