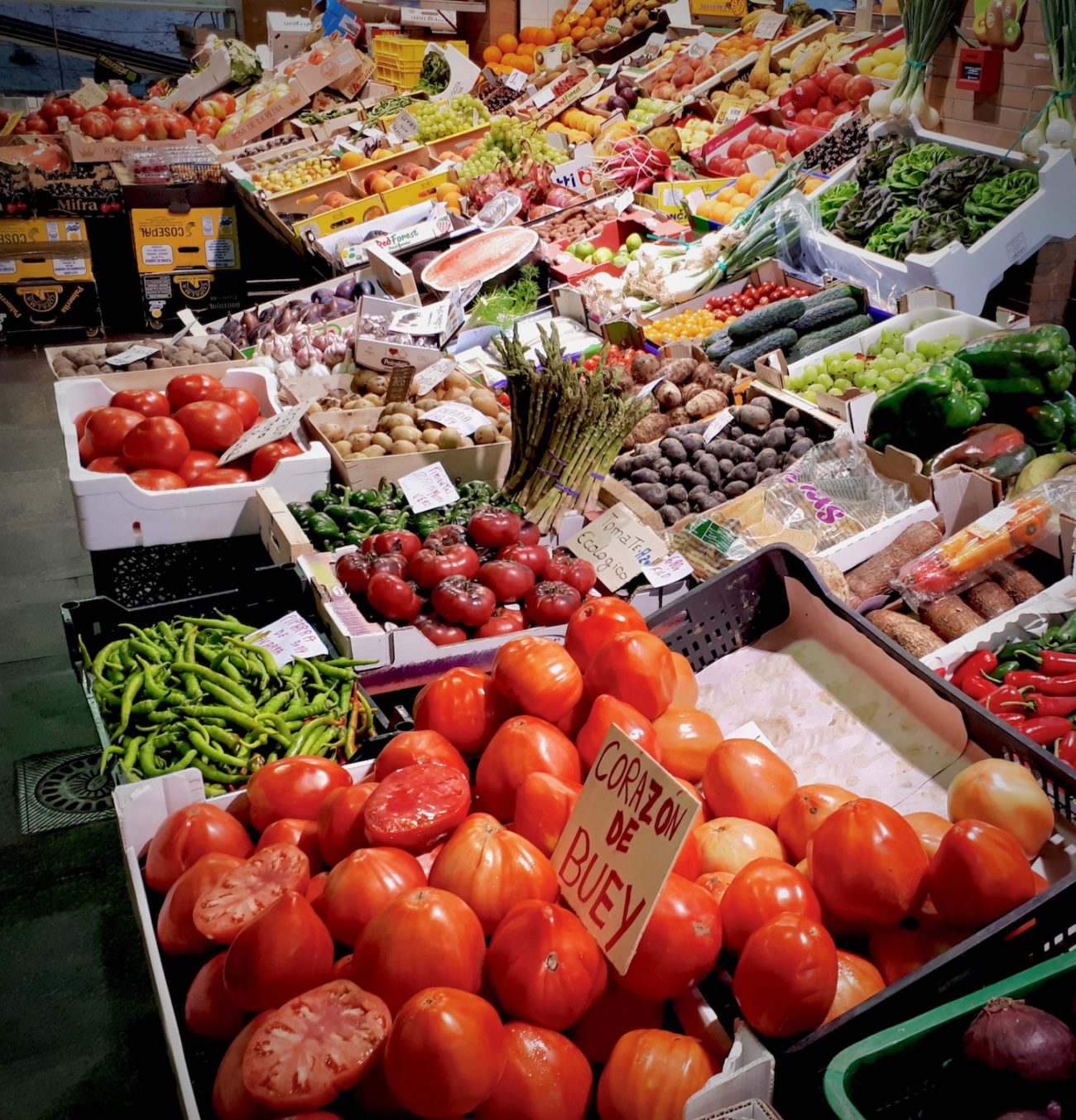 Going vegan is our idea of promoting a life of gentle living.  It took us 20 years to get here but about three years ago we finally, fully adapted to eating in a manner that minimizes the exploitation of animals and can heal our planet.

We were once normal.  Ha, Ha.  We ate the Standard American Diet (SAD) full of burgers and steaks and ice cream and cheese on and off for pretty much the first 45 years of our lives.  Then we moved on to a vegetarian diet for 20 years and purchased only free-range eggs raised by friends and organic cheese in the hopes that at least these animals suffered less.  And we ate the occasional fish dinner in restaurants before  I discovered the sad plight of both ocean and farmed fish in the world.

It was January of 2017 when we set a New Year’s Resolution that stuck.  We decided to adopt a full-on vegan diet.  Our journey has been one of discovery and enlightenment.  Discovery of new ways of cooking delicious, healthy food and enlightenment of nutrition, facts about factory farming, and dreams for the world by some big thinkers and doers.  I’ve read book after book and website after website about the reality of factory farming in order to reinforce our decision.  It’s a lifestyle we’ve completely embraced. 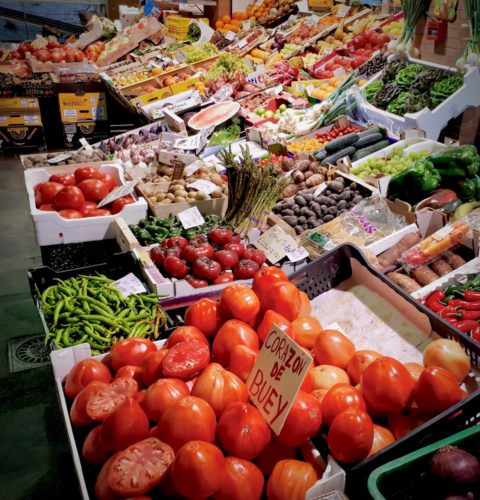 Traditional Fruit and Vegetable Vendors are Still Common in Spain

That isn’t to say we didn’t face hardships in making this dietary change.  One time I discovered that the so-called “vegetarian” portabella burger featured on the menu was marinated in bacon grease.  Our first weeks here in Spain found us marveling at bocadillos vegetarianos (vegetarian sandwich) sold in local panaderias that always include tuna.  Many other “vegetarian” dishes include tuna too.  And here sardines aren’t fish either!  What category of food they belong to is anyone’s guess.

The transition to vegan wasn’t the hardship we anticipated.  We’re better cooks than we were.  We’re  happy to be eating the way we do.  We have no desire for meat or meat substitutes.  But, it’s nice to know that companies like Impossible Burger are out there and that these vegan products might help someone else move away from eating animals.

In the early years it was difficult to see everyone around us eating meat.  This wasn’t because I wanted to eat that steak but because the vision of plated meat, or the pristinely wrapped cuts at the supermarket, or the skinned and gutted animals presented “whole” (which is quite common in Valencia’s city markets) was enough to trigger deep revulsion for the suffering I know each animal endured.  I can no longer look at a serving of meat without envisioning the backstory of suffering that’s included with each serving.  Temptingly delicious?  Not any more.

To keep me on the right path I use my revulsion to strengthen my resolve to be part of a small group of people beginning to push back against the powerful animal product industries that are harming our humanity, our environment, and our health.

Yes, it is a small group in our western world.  But, thankfully, there is a much larger group of people known as “Reducers” who are doing just that - reducing the amount of animal products in their diet.  And, most of them are making the change for one of these three reasons: humanity, environment, or personal health.

Most importantly, reducers are having a significant impact on the creation and availability of products like plant based milks and cheeses as well as lab grown meat.  These alternative products can replicate the ingredients that people desire for their familiar recipes and meal choices, saving one animal at a time.

I will let you look up the statistics if you are into that, but I have to mention just one.  In the book, Eating Animals, authored by Jonathan Safran Foer and published in 2006, he stated, “the average American would eat the equivalent of 21,000 entire animals in a lifetime.”  I did some additional math to determine that in 2006 the average lifespan of an American was 77.69 years or 28,357 days of living.  That equals the shocking three-quarters  of an animal per day for every infant, teenager, and adult.  Making it possible to almost eliminate the horrible birth, life, and death of a single animal with only one day of abstinence.

Jamie and I definitely made the decision to eat a plant-based diet for ethical reasons – or reasons of Humanity.  We are also in accordance with the beliefs of others that the food industry is harming our environment as well as our health by pushing a heavily tax-subsidized meat and dairy diet.  For us, the health benefits and prevention of environmental degradation are just icing on our vegan cake.  Our belief is that animals do not need to suffer and die to give us wholesome nourishment that meets all requirements for a complete diet – and that includes protein for all who are wondering!

You won’t find deep information on this topic in the mainsteam media.  You have to do what I did and read widely from a variety of books and websites on why a plant based diet is healthy, why you might not want to contribute to the inhumanity of a factory farm, and why you might consider the alternative of eliminating all animal products from your diet.  Once you’ve done that, removing animal by-products from your life might follow as well.

I know that many of you already know about the horrors of factory farming and still have no will or desire to change the way you eat.  Fine, this article and the much more eloquently written books on the topic won’t change your mind.

But, if you don’t yet know about the conditions in factory farms and slaughterhouses in the industrialized world, and want to be informed, I hope this article helps point you in the right direction.  And, I encourage you to view a couple of Mercy for Animals investigation videos from this collection just to see the shocking truth.

Nature is cruel, but we don’t have to be.

Helpful Sources for Plant Based Diets

Plus hundreds of sites for both vegan and vegetarian food including one of my favorites from Portland Oregon, Minimalist Baker