As I sat down to write this post it dawned on me that it has been 50 years since I graduated from St. Catherine’s High School in Racine, Wisconsin.   Fifty years is a long time.  So why is it that just yesterday I was telling Susan that these past weeks have had me feeling like I was back in high school?

My days are remarkably structured in recent weeks.  Some of the structure was imposed through government rules designating when we can go outside to exercise.  And there are only certain times I want to do the grocery shopping.  The real reason is that the self-improvement projects that I took on or continued during the days of #quedasteencasa (stay at home!), to be successful, required consistent and repeated application of my time.  After a few weeks, I said to myself, “Jiminy Cricket, I’ve been here before.”  See if you don’t agree.

Walking to and from school

Back in the 60s, I walked home after school.  It took about 45 minutes if I wasn’t in a hurry.  I usually cut across the Johnson’s Wax campus.  My route took me past the Frank Lloyd Wright designed headquarters building and often right under his famously unstable research tower. 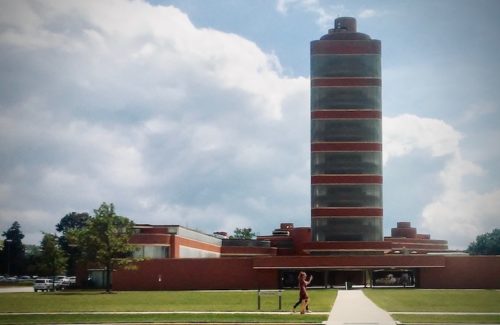 These days I also walk, often enough near architectural monuments like Palau Sofia Reina.   The only difference is that Lizzie (TBDE) is always along for the walk and my old dog Becky stayed home in the 60s.

After our morning walk it’s time for breakfast, which doesn’t really fit the pattern, so I’ll just ignore it.  But right after breakfast I head to…

I started my mornings in Sister Reginald’s Russian class.  Second row, second desk, year after year.  That was during the Cold War and I thought Russian might be a career enhancing second language.  Well, I didn’t think that but someone who made damned sure I was going to be miserable did.  The plan didn’t work.  I can still say hello and count to 10 in Russian, but that’s about all.

These days, I spend an hour on -- no not Spanish -- but French.  After our trip to northern Spain in March, Susan and I have been thinking that a village in the Pyrenees might make a good home sometime in the near future.  I have a smattering of French left over from when I was involved with a research project in Madagascar many years ago.  So why not brush up? I should have remembered the impossible spelling and fussy pronunciation before I shared the idea with Susan.  Oh well, it’s easier than Russian was.

As long as I’m primed for language study, I just continue with my Spanish studies after an hour of French.  Spanish is way harder than I thought it was going to be when we moved to Spain, but after an hour of French, it’s like, “Oh man, this is so much easier.”  I really used the stay-at-home time to buckle down on the Spanish lessons and it has helped.  Some days I believe I might actually catch on maybe, eventually, one day, before I die.  A guy has to have a dream.  Right?

We didn’t really have a Social Studies Class at St. Cat’s in the 60s.  My classes were still called History and Civics.  For some reason, all of my history teachers were men.  Those were the days when the male teachers were also coaches for the boys’ athletic teams.  So each one of them was referred to as Coach instead of Mister.

I enjoyed history and government classes in high school.  These days what I’m calling current affairs is really just reading the news and trying to figure out what’s going on in the world.  But lately, like in the last 10 or 15 years, it seems that every time I read the news the air gets heavy.

Come to think of it, I might just start regularly cutting this class.  I don’t need to know every shred of political BS.

Back in the day, I always thought that PE class wasn’t so much about physical fitness as it was about unleashing testosterone fueled adolescent male aggression.  We played flicker-ball, which was just American football adapted to minimize, but not eliminate, students smashed into the brick walls of the gym.  Animal spirits run rampant.

I got my first stitches and broken bones in gym class.  I was even knocked unconscious during one of those flicker-ball games.  The other team was awarded the ball because I’d caused a delay in the game.

Nowadays, I spend my PE time doing yoga, body weight strength training, tai chi, and very gentle cardio intervals.  I don’t believe we’d ever even heard of yoga back in the 60s.  And if we had, it would never have made it into the boys’ gym. I’m happy to be here and now.

Okay, Saint Catherine’s didn’t offer anything like Home Ec. or Shop class. We were all expected to go on to university studies. But Susan tells me that Home Ec. was really about cooking and sewing and had nothing at all to do with the efficient management of a household. 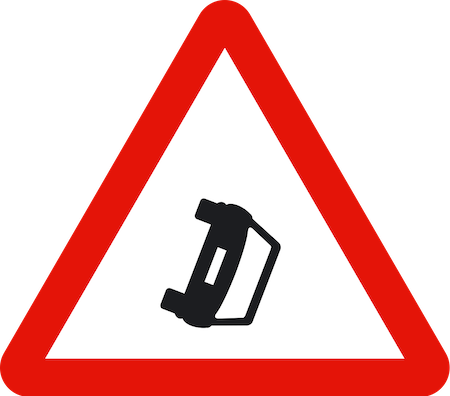 That’s a pity because managing the household is one of the few skills that virtually every one of us could have used a head start on. What were those nuns thinking? I bet, “We need that hour for Religion class.”

In that long ago time the midday hour was split between Cafeteria and Home Room.

Midday comes a lot later now. And during these stay-at-home months there’s no place for us to spend our lunch money. Pitching pennies behind the gym is out too. So we use our home economic skills to prepare “filling, nutritious, and tasty meals” just like the cafeteria ladies used to do.

I can’t remember anything ever happening in Home Room. I think the only reason it was on the schedule was to relieve crowding in the cafeteria. So now as soon as I finish lunch, I head to my quiet room, put my feet up and take a nap.  Pretty much what I did in Home Room, except we weren’t allowed to put our feet on the desks.

When I was fifteen going on sixteen (Almost sounds like a song lyric doesn’t it?), the State of Wisconsin mandated Driver’s Ed for learners under 21 years of age, or something like that.  Driver’s Ed meant that I never once had to put up with my Dad’s coaching.

Foreign residents here in Spain aren’t allowed to drive without a Spanish driver's license after being in-country for six months.  Americans have to start from scratch with a theory test, enroll in driving school, and finally pass a road test.  Shades of 1967 Batman!

You’d think that with more than 50 years driving experience it would be easy to pass the theory test.

Here’s the rub.  You only get to make three errors.  The practice tests cover a range of topics in fine detail and many of the multiple choice options are barely distinguishable.  It’s been pretty tough for me to consistently pass the practice tests. I've only managed on 6 of my 17 tries.  Because it costs €92.20 to take the real exam, I’m studying harder that I did back then.

I liked English class back at St. Cat’s and I had some good teachers.  The lessons I learned in high school English definitely benefited me thoughout my entire life. So, I’m adding English Composition as my seventh hour class. I do try to write every day.  And this post is one of the compositions I've completed --  so it’s fair.

And that’s the way it is at the Deja Vu High School on May 15th 2020.  I'm back in high school all over again.  The only difference is that I don’t have to have a fake id to buy beer. 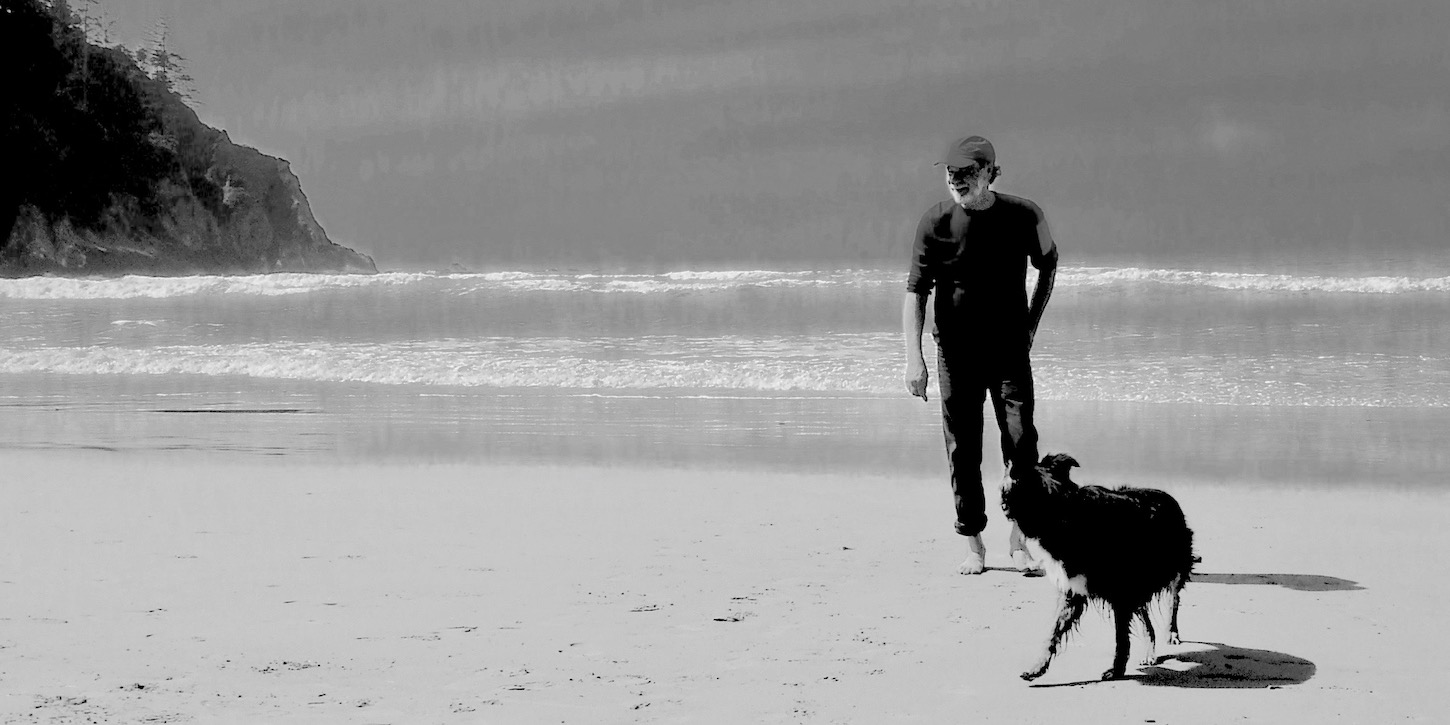