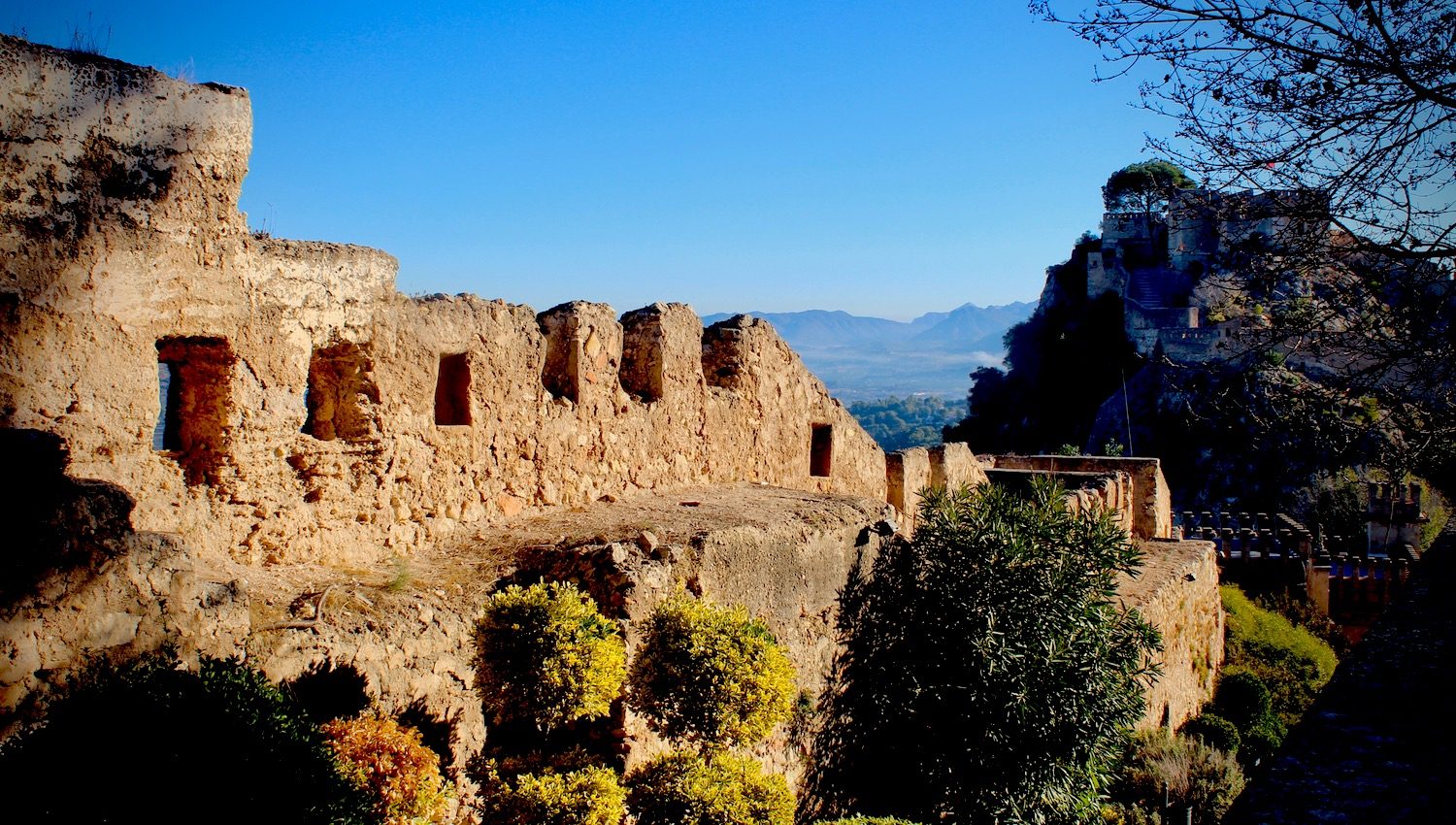 We were finally feeling settled enough to think about leaving Lizzie and her four cat buddies behind and doing a little trippin’ out and about, at least for a day. The kitties stayed home with clean litter boxes and heaping food bowls. I could hear Emmie cheering when she realized her chunky-monkey waist reducing diet would be suspended for the day. Like that diet is working anyway. 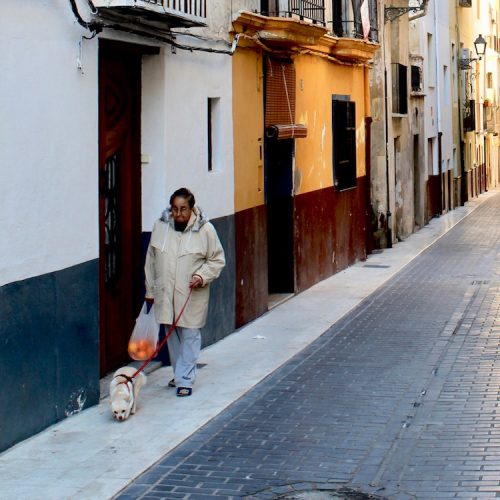 Only 50 kilometers southwest of Valencia, Xátiva is the perfect daytrip by train. There’s more to the city than you would expect for a population of less than 30,000. Tourism and the needs of surrounding villages give it a healthy commercial zone that enticed us to stroll, linger in its parks and plazas, and lunch. And to discover reasons to return.

So with Lizzie tucked in with conscientious temporary peeps and the cats contentedly gorging themselves, we set out, RENFE tickets in hand, to catch an early morning train from Estació del Nord, Valencia’s main train station -- a eye-popping art nouveau edifice celebrating it’s centennial this year.

If you’re visiting Valencia, the North Station really is worth a visit. But since it is only a few hundred meters from our flat and we pass by nearly every day, our eyes have already been popped. Besides it was early in the morning and we’d only had one cup of coffee so we more or less passed through the station unappreciatively to Track 6 and jumped on the train to Xátiva.

After a few minutes, a buzzer sounded, the doors closed, and we were off on our first retirement mini-vacation. Does every baby boomer automatically think of Kankakee when the train pulls out, or is it just me?

It took only a few minutes before Susan looked over and mentioned maybe we should have taken a later train, closer to sunrise, when it wasn’t so, you know…dark.

Hmmm, I’d chosen the tickets and times based on price. Our round trip tickets, with our Senior Rail Pass discount were only10.60 euros, total, not each. The next train was priced closer to 16 or 17 euros for a pair. I guess we might have managed it, but heck we’d see the same scenery on the way home and two nickels is two nickels as they say.

I made a mental note: The birds must get a late start around here. I’m pretty sure even the worms sleep in. Next time, spend the euros, book a later train.

Xátiva isn’t all that big and it would be hard to get too lost. So we wandered around a bit and stumbled on a panaría that was just opening. Panarías are a bit of a hybrid to our North American eyes. They sell bread (of course), sweets similar to cookies, and coffee cakes like our bakeries. They also sell premade sandwiches (bocadillos), empanadas, and coffee, like our sandwich shops. But they don’t sell layer cakes and things like that – those are sold at pastelerías.

Anyway, we enjoyed our café con leche de soja and a bite of sweet bread while we watched them set up stacks and stacks of breads, sandwiches, rolls, croissants, and what all. We listened in as their regular customers showed up to grab an espresso or a bocadillo to go.  Didn’t understand a word, of course, but it was fun trying.

And that was our little glimpse of Xátiva awakening.

The Ancient Castle of Xátiva

Of course, we didn’t make our journey just to witness the morning routine of a local panaría. Our main objective was to visit the castile that dominates the ridge overlooking Xátiva. 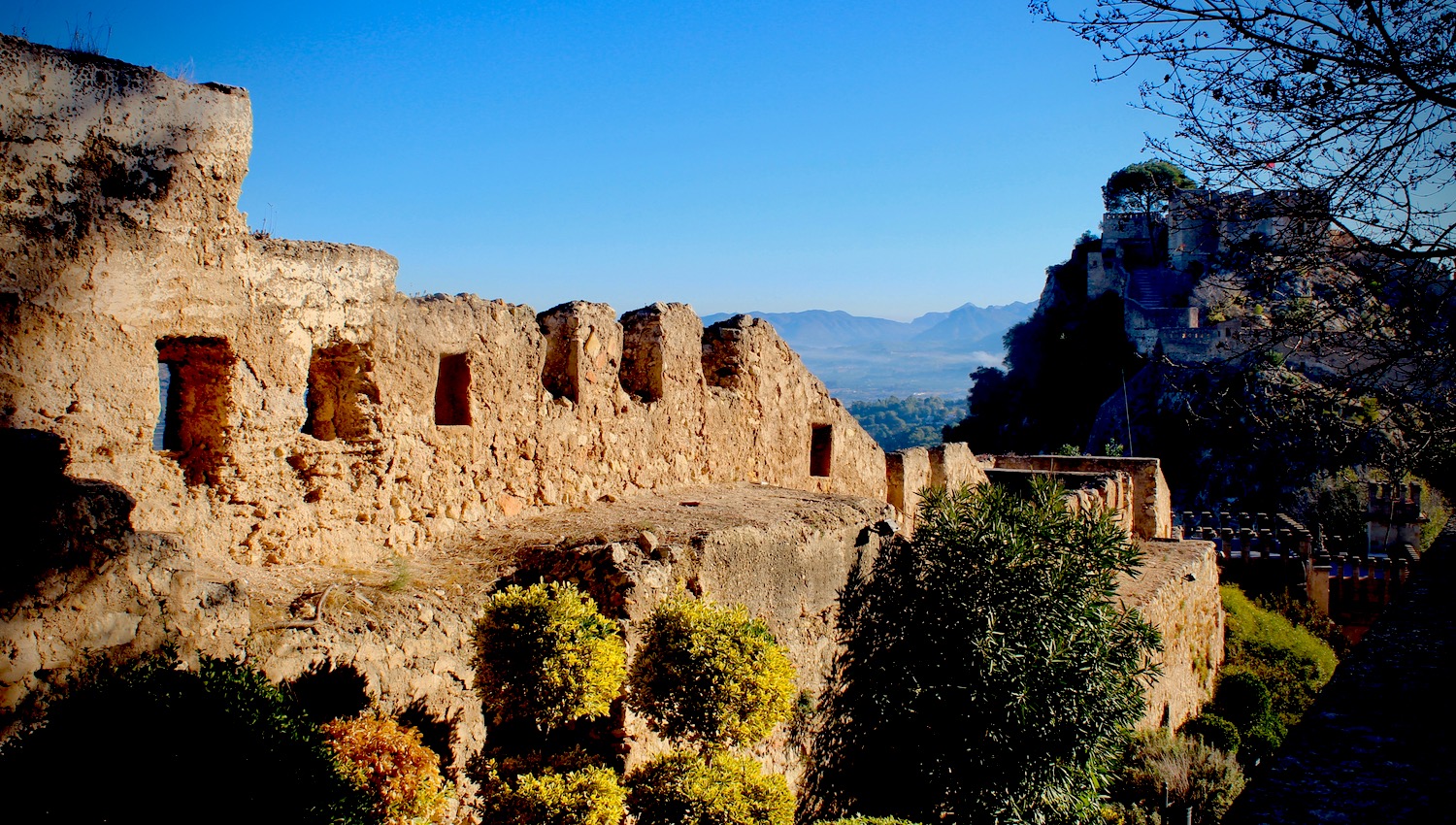 Xátiva Castle is really two castles that have passed through many owners from Hannibal, the well known Carthaginian general, to various Romans, Arabs and Christians. Since the 1748 earthquake it is now mostly in ruins.

In ancient times, the castle of Xátiva controlled the Roman road, Via Augusta, that traversed the province of Hispania beginning in Cadiz, skirted the Mediterranean Coast and continued on to Rome. The castle’s lofty setting and historical relevance make it the number one tourist destination in Xátiva today.

Getting to the Castle

Before leaving Valencia, we decided to don our hiking boots. We set off for the walk by following street signs to the castle. We didn’t know in advance how to pick up the hiking route but discovered along the way that the historical routes of the city are signed. Route 5 takes you from the city center to the castle on some nice trails. You can also walk up the road and get a look at the lovely Four Star MontSant Hotel. On this early December morning it was quite peaceful and the road was almost exclusively used by runners and dog walkers.

The castle is open Tuesday – Sunday from  10am to 6pm, November through March and 10am to 7pm, April through October.

We arrived a little before ten in the morning and had the castle to ourselves until the first of two daily tourist trains arrived just as we were leaving.

Speaking of the Tourist Train, it's an alternative to walking up the hill.  There's also limited parking, should you decide to drive. If you don’t have a car and the walk is too taxing, the tourist train is a good option. The trains leave town just twice daily (12:30 and 16:30) from the Tourist Information Center at Albereda Jaume I, number 50.  Just know that the train only allows for a one hour stay at the castle. We ended up enjoying two hours of quiet castle time so an hour seems a little short to us.

The Castle is Really Old

Xátiva Castle is really two castles that have passed through many owners from Hannibal, the well known Carthaginian general, to various Romans, Arabs and Christians. Since the 1748 earthquake it is now mostly in ruins.

The older of the two castles, Castillo Menor is pre-Roman. The printed castle handout noted that Hannibal spent time at Castillo Menor making war preparations while his wife Himlice gave birth to a son in 218 BC. Not much remains of her chambers but she did have a lovely view.

The second castle known as Castillo Mayor has a Roman Foundation. Both castles were inhabited by Arabs and Christians and the influences are still visible.

Like the surprising remnant of a Renaissance window (circa 1512 -1522) that we though had an almost contemporary appearance compared to the surrounding ruins.

Not all of the castle inhabitants had the spacious chambers and great views enjoyed by Mrs. Hannibal. For example, directly below that Renaissance window were the intact round walls of the prison cells used during the 13th to 16th centuries. We used our cellphone flashlights to explore the farthest recesses and try to imagine the horror of being a prisoner in the endless, dark, cold stone. The tower was called the tower of the ill treated in 1406, well named as far as we are concerned. 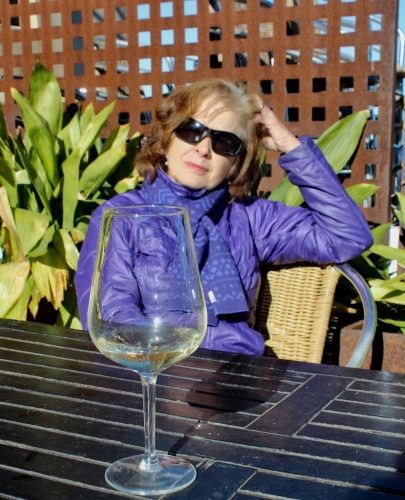 Xátiva and the Papacy

Two popes came from Xativa: First was Alonso de Borja who became Pope Callixtus III. His nephew Rodrigo de Borja “inherited” the post of Bishop of Valencia according to Wikipedia. This put him in position to become Pope Alexander VI. The Spanish Borja name became Itialianized to Borjia with Pope Alexander. In accordance with the time, the Borjia family inherited key ecclesiastical roles in the church throughout history.

The Borjia family built a hermitage on the grounds of the castle in 1450 and that lovely building now houses a small museum and restaurant. We extended our stay by enjoying a glass of wine in the sunshine on the terrace of El Mirador del Castell.

Reasons to Return to Xátiva

Our early December day trippin’ in Xativa excursion didn’t give us quite enough time during the day or the right timing on the calendar to see everything we found intriguing about the city. These opportunities are high on our list for a return trip.

Here are some helpful websites and articles to help you plan your trip.