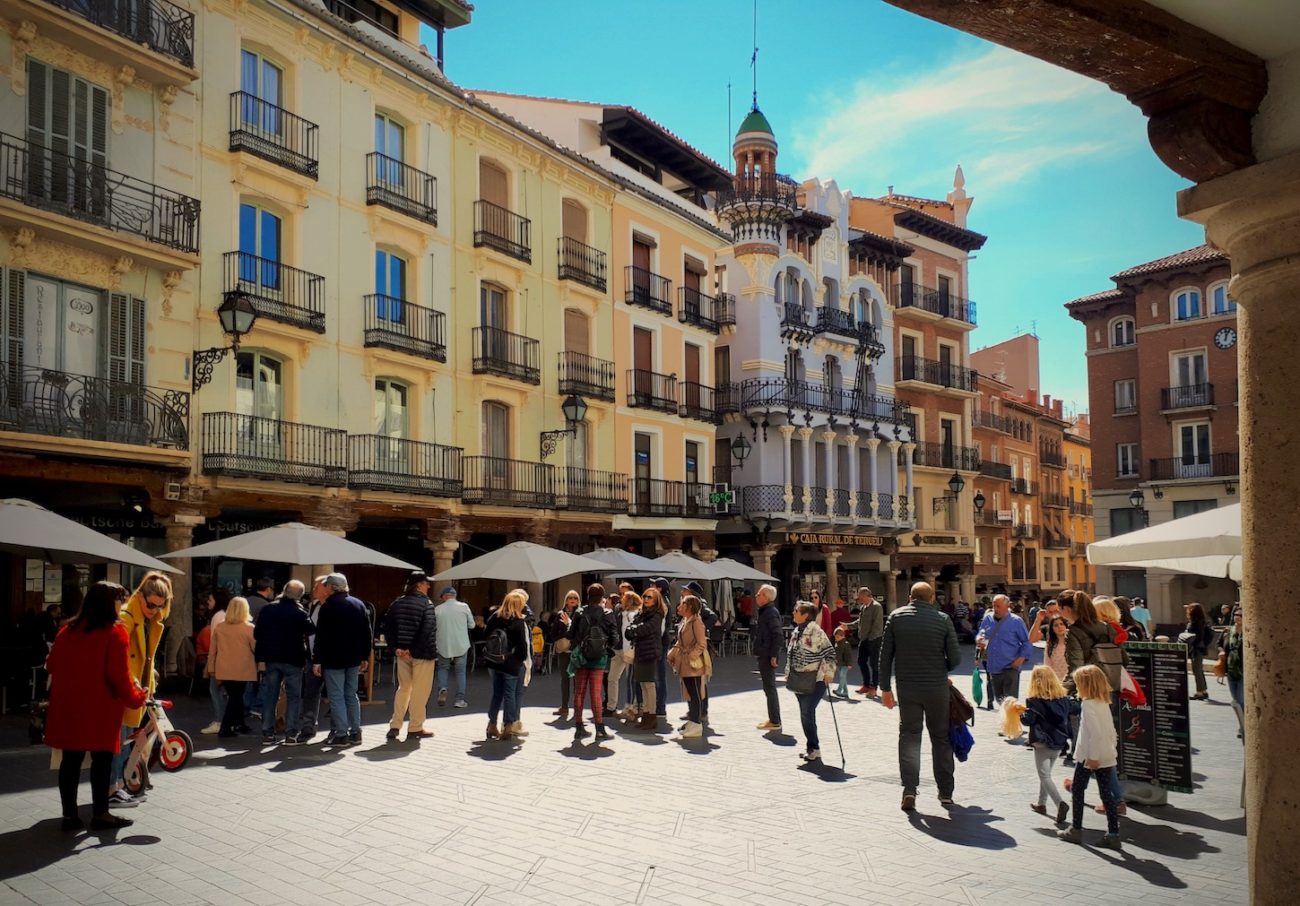 We started our visit in Plaza del Torico

During our first experience of Las Fallas, Valencia’s multi-week spring celebration, we exposed our pets to more than enough fireworks for a lifetime. This year the whole family, Lizzie dog, cats TJ and Ricco, and, of course, the peeps, got out of Dodge before the crescendo of mayhem, the final days of Las Fallas. At the time we had the impression that every city and pueblo in the Valencia Autonomous Community celebrates Las Fallas. Turns out we were mistaken, but that’s a story we’ll delve into next year.

Anyway, we escaped to la Comunidad Autónoma de Aragón. We chose the city of Teruel because it was close. Teruel is the smallest regional capital in Spain. So you might think that we’d run out of things to see and do during the five days we spent there. Surprisingly, we found enough to fill our days at a leisurely pace – more like a staycation pace which worked well for our pets.

To appreciate Teruel you won’t need five days. You can easily cover the city’s highlights on a two-day or long weekend trip. Add another day and you can visit the renowned village of Albaraccín. And, without pets, you can take the train. The first train from Valencia departs about 9:30 am and it’s a two and a half hour trip to Teruel.

So What Did We See and Do?

Jamie isn't usually someone who thrills at visiting city sites and old buildings, but Teruel’s uncrowded streets, fascinating history, and Mudéjar architecture made it a special place for both of us.

We started our visit with a slow ramble through the compact city center. When we happened upon a tourist information center just off Plaza del Torico we popped in to pick up a city map and enough information to learn a bit about our temporary home. An hour or so with a glass of wine at a sunny table on the historic plaza gave us a good idea of how we’d be spending the next few days.

At the top of our list was to take in the Mudéjar architecture that was highly developed in Teruel between the 13th and 15th centuries when many tall towers were built in the city. The Mudejar-style buildings of Teruel were declared a World Heritage site in 1986.

The Mudéjar architectural style refers to the use of traditional Islamic ornamentations consisting of sophisticated brick patterns and decorative ceramic tiles, in combination with Christian Gothic and Romanesque architecture styles. If you’re tired of the same old, same old, this architectural style promises to be something new. These favorites all have a nominal entry fee of 3 euros or less if you are a senior. 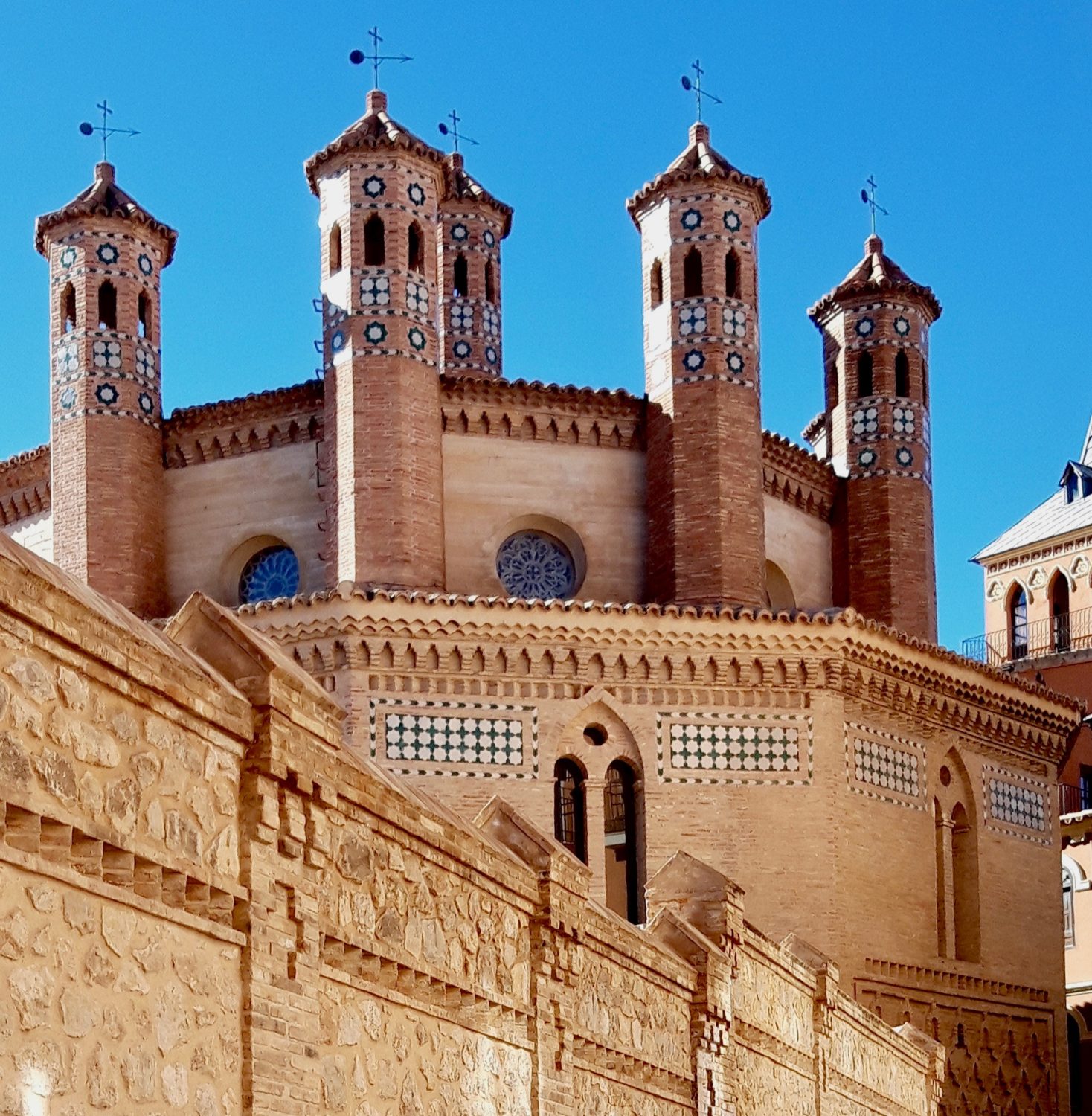 The back of Inglesa de San Pedro

A museum video (in English) introduced us to the people, their lives and the Christian and Islamic harmony of the city during the construction of this last Mudéjar tower erected in Teruel. We climb the 122 steps straight to the top for a lovely panorama. On the way down we stop at each level to take in the displays. This was by far our favorite visitor’s site. We didn’t visit the adjoining church, La Iglesia de El Salvador, because a Mass was in progress. Read on for the churches we did visit.

This church has it’s own watchtower, notably the oldest. The church is a combination of 14th century Mudéjar architecture and 19th century Neo-Mudéjar decoration. There is a connection between the Church of San Pedro and a Foundation known as the Conjunto Amantes de Teruel, the two lovers of Teruel. From the look of the lines, one of the biggest tourist attractions in Teruel is the mausoleum of the two lovers and their sweet 13th century Romeo and Juliet story.

We passed on the visit to this mausoleum built in 2005 and instead purchased tickets to a foundation fundraising concert by Feten Feten held under the starry ceiling of this church. This duo performed traditional and contemporary music and made the walls of this old church sing. Now that’s the way to see a church.

There were no spine tingling concerts happening at the Cathedral during our visit but the original 13th century Mudéjar architecture is stunning and so is the new façade added in 1909 fashioned in the Neo-Mudéjar style. The 3 euro entry fee also included a visit to the Sacred Art Museum.

The Aragón community museum, or Museo Provencial de Teruel, is in a civic building retrofitted for a six floor museum. A multi-room mosaic floor from Roman times was found near Teruel in the village of Calandra and is reconstructed on the top level of the museum.   I never expected this small provincial museum to have such a stunning piece of history and as we made our way to the top, it really was the icing on the cake. Closed on Monday and Free, for everyone.

We had a wonderful day for a picnic in the park

In addition to endless laps around the city with our dog, we had a constant lookout for parks and green spaces. Parque de los Fueros is a beautiful oasis where we enjoyed a picnic lunch and strolls through passages of plane trees. We missed the sign at the entrance that said dogs were not welcome but no one seemed to mind.

Just off the Plaza del Torico is the entrance to an underground museum explaining how the city of Teruel stored and distributed water. That was until construction began on the Acueducto (Aqueduct) in 1537. The work was abandoned and restarted in 1551 with the hiring of a French engineer and work continued throughout the remainder of the century. The aqueduct was combined with a viaduct for pedestrians that is still in use.

Although we didn’t arrive by train, we did visit the grand stairway at the rail station completed in 1921 to unite station arrivals with the upper plateau of the city center. Mimicking the Mudéjar Architecture so prominent in the city, it makes a bigger than life impression.

The first bell tower built in the Mudéjar era.

Most people who drive to Teruel also visit the small, medieval walled town of Albaraccín, just a 38 kilometer, 40 minute drive from Teruel. Unfortunately, public transportation is limited to a once a day bus which requires an overnight stay. Since we had our pets with us, that didn’t work for us. This popular town dates back to the 10th century but seems to have stood still in time. That said, it appears to have the infrastructure to support tourists (except for much public transportation) and the tourist recommendation is to avoid weekends.

The Via Verde Ojos Negros is the longest greenway in Spain. It begins in the mining town of Ojos Negros, north of Teruel, and runs a total of 180 kilometeres through Teruel to Sagunto mostly through old railway lines. In Sagunto it is possible to connect to the Eurovelo 8 trail to return to Valencia by bike or take the train. We planned to make this trip over the Easter holiday but weather and accommodation difficulties induced us to abort and reschedule. Stay tuned.

Getting There From València Nord

About 2.5 hours on a Media Distancia train, a little longer if you book a ticket on a Regional train. 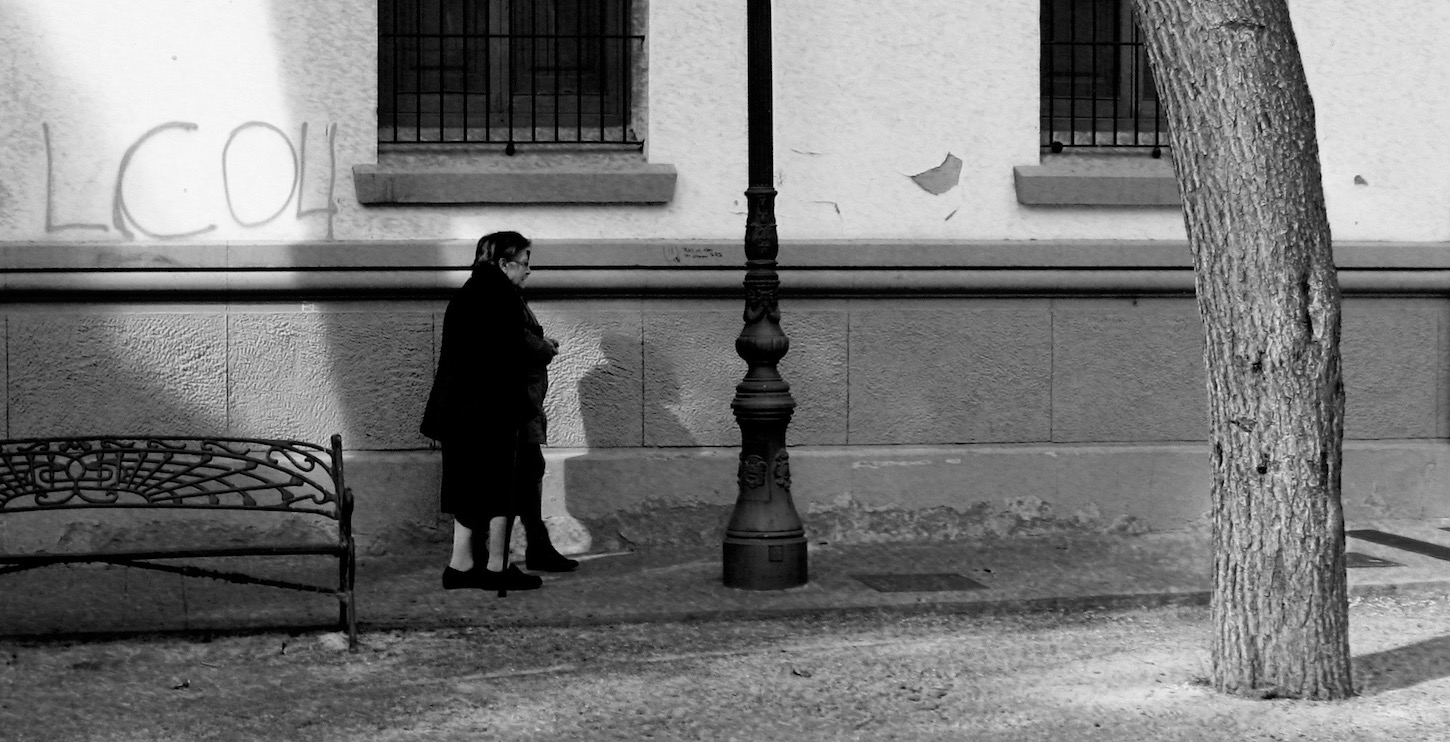