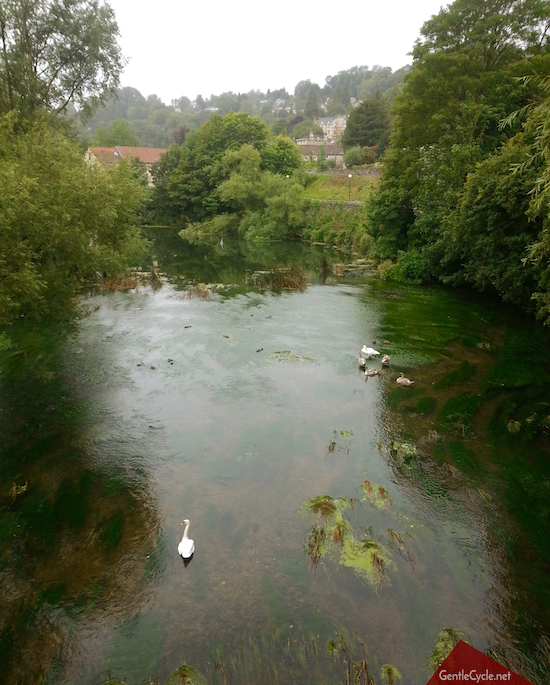 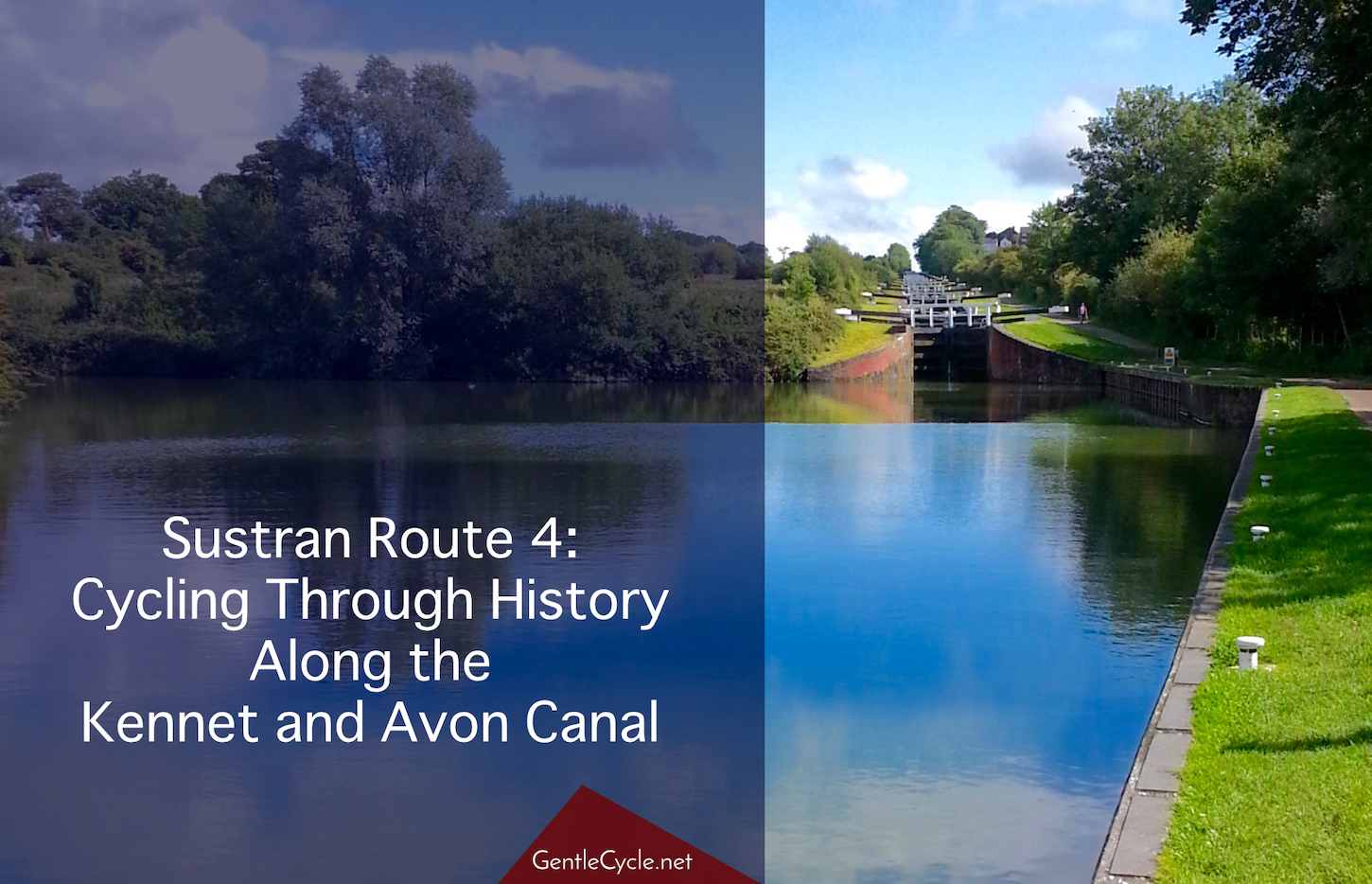 Cycling through Wiltshire, whether along the Kennet and Avon Canal or on quiet country lanes, is a delight for the gentle cyclist.  This section of the Sustran National Cycle Route 4 covers 87 miles between workaday Reading and grandiose Bath -- a UNESCO World Heritage site.

Loaded panniers don’t matter much, the entire K&A section is easy cycling and makes for an ideal first cycle tour.   But keep your distance ambitions in check.  Even gentle cyclists may find towpath riding a little slow, especially on sunny weekends.

The K&A is popular and pedestrians have priority on the towpath.  Plan to “Share the space and drop your pace.”   We ended up spending a long day covering the 40 or so miles between Limply Stoke and Great Bedwyn.

Thatch-roofed cottages, rolling pasturelands, and the K&A Canal, an engineering marvel of the late 18th century. It's like riding through a living museum.

Two hundred years ago canals were the transportation innovation that drove Britain’s emergence as an industrial nation.  An engineering marvel of the age, they linked the industrial heartland with the seaports.  There is definitely something calming about riding along a working canal that still uses the same technology that was in place when it was constructed between 1794 and 1810.

All along the canal you’ll have little glimpses of history.  Everything from machine gun “pill boxes” built during the Second World War to 19th century steam driven pumping stations.  However, the series of 29 locks at Devizes that raise canal boats 237 feet over a distance of 2 miles is especially impressive.  And the 16 Caen Hill Locks that form a steep flight straight up the hillside are worth a stop and learn session.

NCR 4 leaves the canal at Devizes (eastbound) to rejoin it at Hungerford.  Most of the off-canal portion of the route is on peaceful country lanes.  We had a little trouble navigating through Pewsey where traffic was a bit heavy for our taste.  But we found getting through larger villages almost always entails at least some riding in busy traffic.

Riding through Wiltshire in the rain is one thing, but when the wind picked up we were happy to "jump ahead" on a train.

A Rail Line for Support

The K&A route parallels a rail line. Trains and bikes are a good combination for gentle cyclists. Stations at regular intervals can serve as a sort of support system if the weather turns or you just decide you’ve had enough.

Though we planned to ride through to Reading, stormy, windy conditions on our third day out convinced us to cut it short and head back to Oxford where we found a wonderfully romantic alternative to camping in the rain – bed and breakfast at Keble College.

If you decide to ride the Kennet and Avon Canal route, you’ll want to budget plenty of time to linger in and around Bath, of course.  If the Roman baths, the abbey, and the Palladian architecture aren’t enough, you can always hop back on your bike for a little ride.

The River Frome at Limpley Stoke in Somerset County

NCR 4 continues through Bath and 13 miles on to Bristol along the Bristol and Bath Railway Path.  This traffic free section of trail on a “disused” right of way is Sustrans’ first cycle route, a precursor to our U.S Rails to Trails movement.  We were in Bath for over a weekend and didn’t ride this section because folks told us it is a very popular mixed-use trail, almost too popular.

Another 13 mile ride out of Bath is to connect from NCR 4 to the newly opened Two Tunnels Greenway (NCR 244).  At over a mile long, the Combe Down Tunnel is Britian’s longest cycle tunnel.  It features a mesmerizing sound and light installation.

Susan and I had a good reason to ride the Two Tunnels Greenway.  We booked an Airbnb room in the village of Freshford, near Limply Stoke.  I have to admit, once I found myself in this village, I didn’t want to leave.

History of the K&A Canal

I wasn’t always a gentle cycling enthusiast. Riding with Susan taught me to slow down and have fun.…

Cycling Through History Along the Kennet and Avon Canal

Now We Can Say We Went to College at Oxford University

Oxford’s Keble College Halfway between Bainton Bikes, and Gloucester Green, where we planned to catch a bus to London the…

Spain’s vias verdes are cycling and hiking trails that have been developed along abandoned rail lines.  The longest of them…