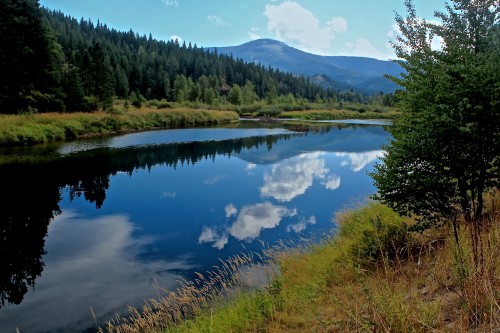 Ride across Idaho’s panhandle, surrounded by mountains with nary a climb on the Trail of the Coeur d’Alenes.

There are no shuttle services available on the Trail of the Coeur d’Alenes.  Some folks ride the 72 mile paved rails to trail in a day, spend the night and ride back the next day.  Some even ride it both ways in one day.  Gentle cyclists might want to do what we did: find a base, go out and back in each direction and enjoy the views from two perspectives.  By changing accommodations midway we covered the whole trail twice over four days.

It’s worth taking your time.  There’s plenty of interest along the way – a tranquil lake shore, wild mountain rivers, and forested passages where you’ll likely encounter a moose or two.  All punctuated by historic mining towns.  My favorite city was Wallace, the self proclaimed Center of the Universe but the local brew pub never delivered on their promise of “Free Beer Tomorrow.”  We tried three times.

And what did Bob, our hard core cyclist, do?  He rode as fast as he liked along the paved trail on his way to the single track trails in the surrounding hills.  And was back in time to join us for dinner.  Like I said, something for everyone.

Don’t leave without checking out the 15 mile Route of the Hiawatha Rail Trail. If you’re willing to take on a moderate climb, ride to the Hiawatha trailhead from the eastern end of the Trail of the Coeur d’Alenes on the Norpac Trail.  We decided to let Bob drop us at the trailhead and cycled downhill to our accommodation in Wallace.  It was a delightful day of downhill runs for gentle cyclists.  Meanwhile, Bob took the truck to find more challenging experiences. 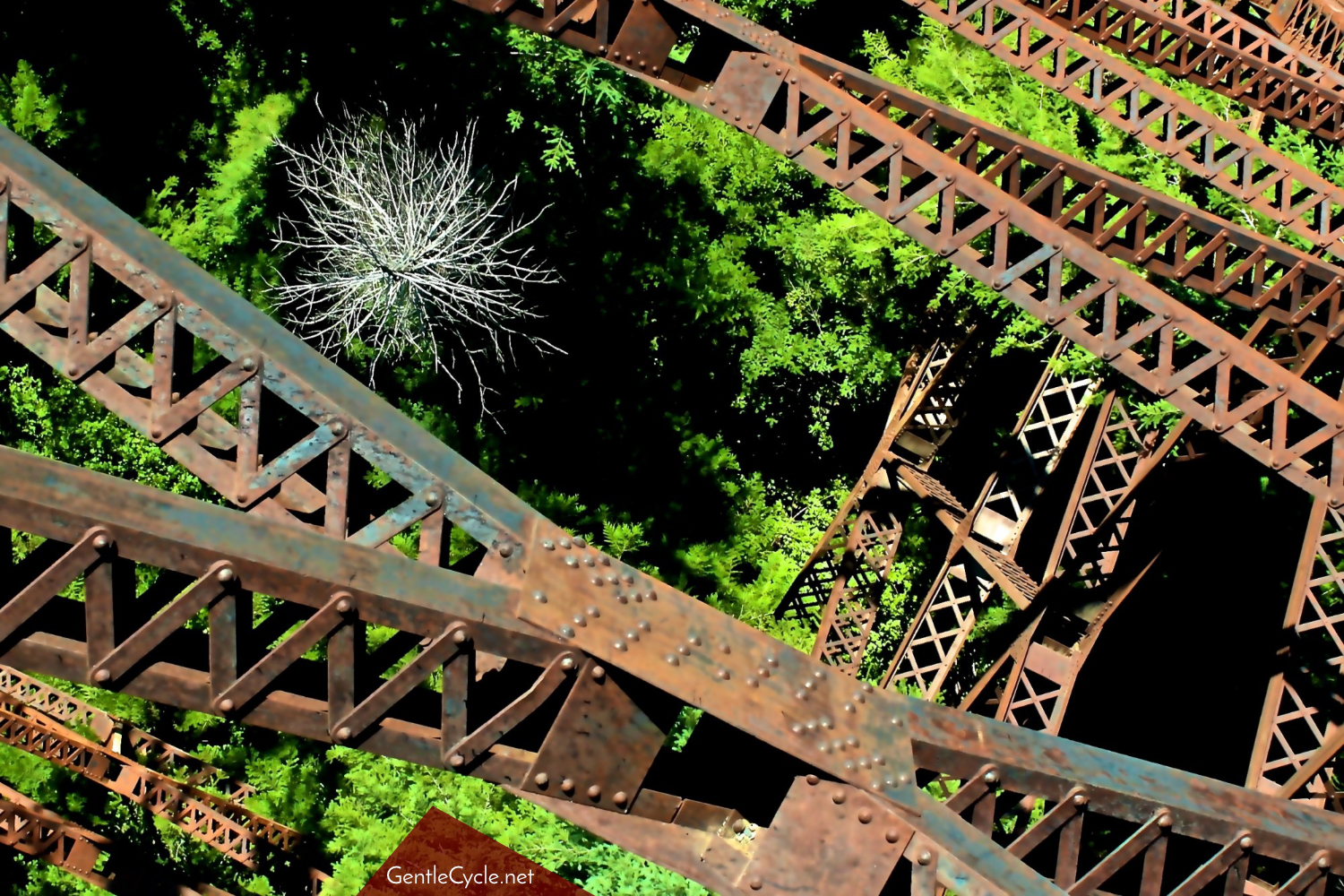 The Route of the Hiawatha Crosses Some Impressively High Trestles

The Route of the Hiawatha is best known for a 1.7 mile long pitch black tunnel, but my favorite parts were the 7 high steel trestles and the heady aroma of spruce/fir forests at 5,000 ft. of elevation.

We wrapped up our trip in the city of Coeur d’Alene, cycling the 23 mile long Centennial Trail from the lakefront to the Washington/Idaho border.  The trail continues uninterrupted into Washington at the border as the Spokane River Centennial Trail.  We were tempted, but our gentle supper was calling.

Friends of the Coeur d'Alene Trails

Now We Can Say We Went to College at Oxford University

Oxford’s Keble College Halfway between Bainton Bikes, and Gloucester Green, where we planned to catch a bus to London the…

Spain’s vias verdes are cycling and hiking trails that have been developed along abandoned rail lines.  The longest of them…

Combine Bikes and Trains for Gentle Cycling in England

By combining bikes and trains, gentle cyclists can explore parts of the UK that are beyond their cycling range.  But…

I wasn’t always a gentle cycling enthusiast. Riding with Susan taught me to slow down and have fun.…

My friend Christina’s love of Ferrara, her home city, inspired me to put together a gentle cycle tour. Along our…