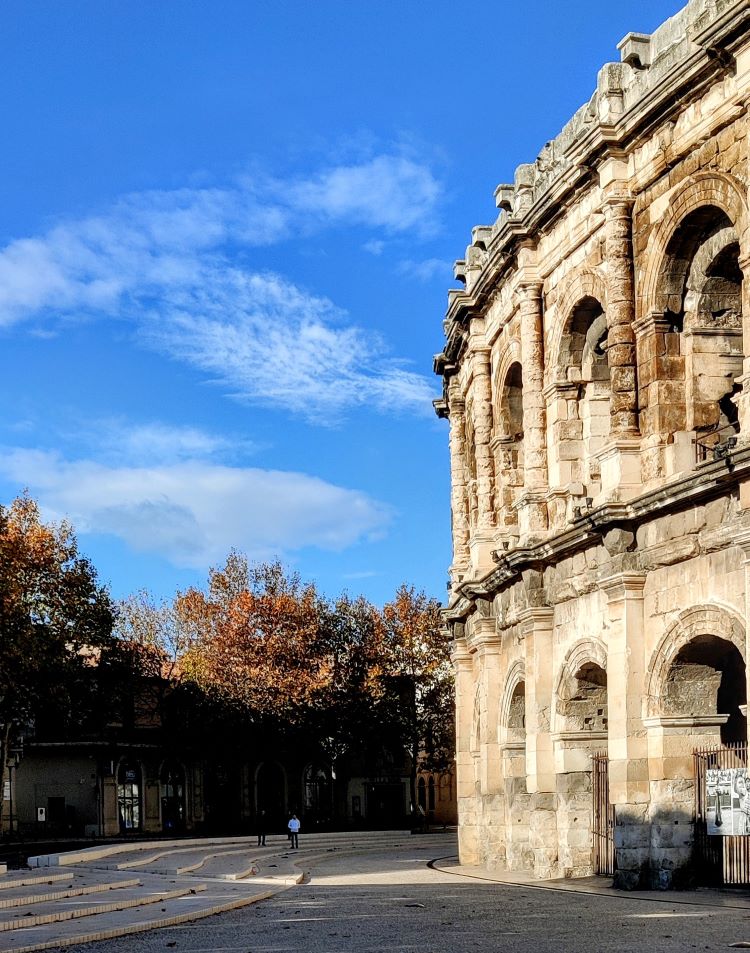 The re-emergence of Covid restrictions, including new requirements for booster jabs, induced us to scuttle our plans for a winter sojourn in the Italian Alps. As we made our way back to Spain, Nîmes was our last stopover in France. Our stay proved to be more interesting than I anticipated.

First,  there are the edifices the Romans left behind. Wow! 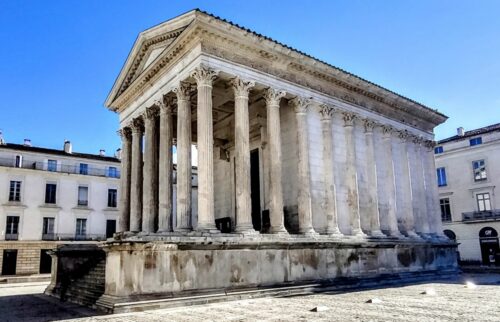 The so-called Maison Carrée, is said to rival Rome's Pantheon as the most complete and splendid building that survives from the Roman Empire.

The emperor Augustus made Nîmes the capital of Narbonne  province and the city thrived in the first century.  The Nîmes amphitheatre and temple are the best preserved Roman monuments we have ever seen. 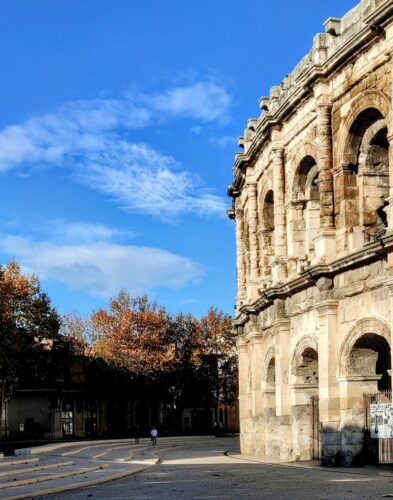 Parks and Walks in Nîmes 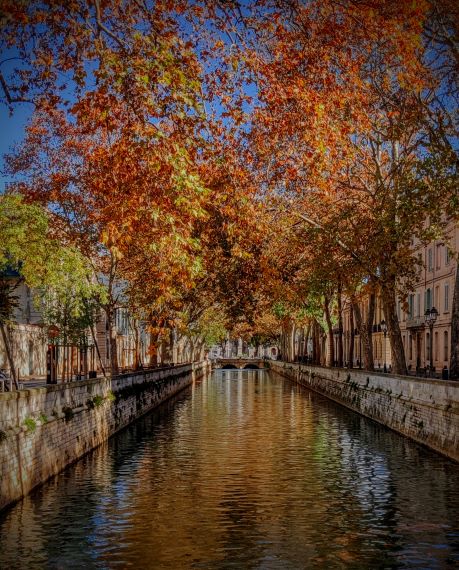 The boulevard from the train station and the city parks invited us to linger a bit here or stroll arm in arm for a while there. I love the time Susan and I spend just wandering around. 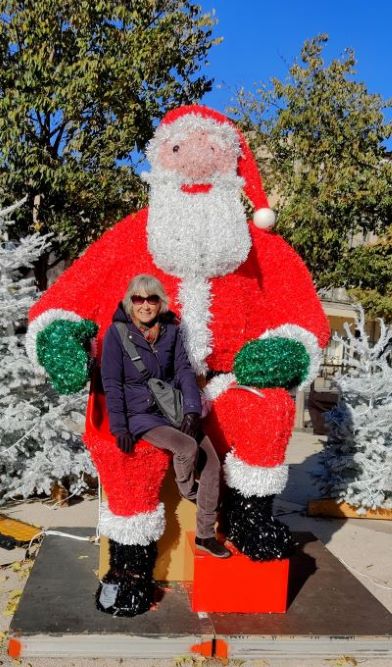 In sharp contrast to Roman Nîmes, the Christmas decorations liberally scattered throughout today's city were a bit on the hokey side.  We still had a lot of fun on our sunny day exploration of the city.