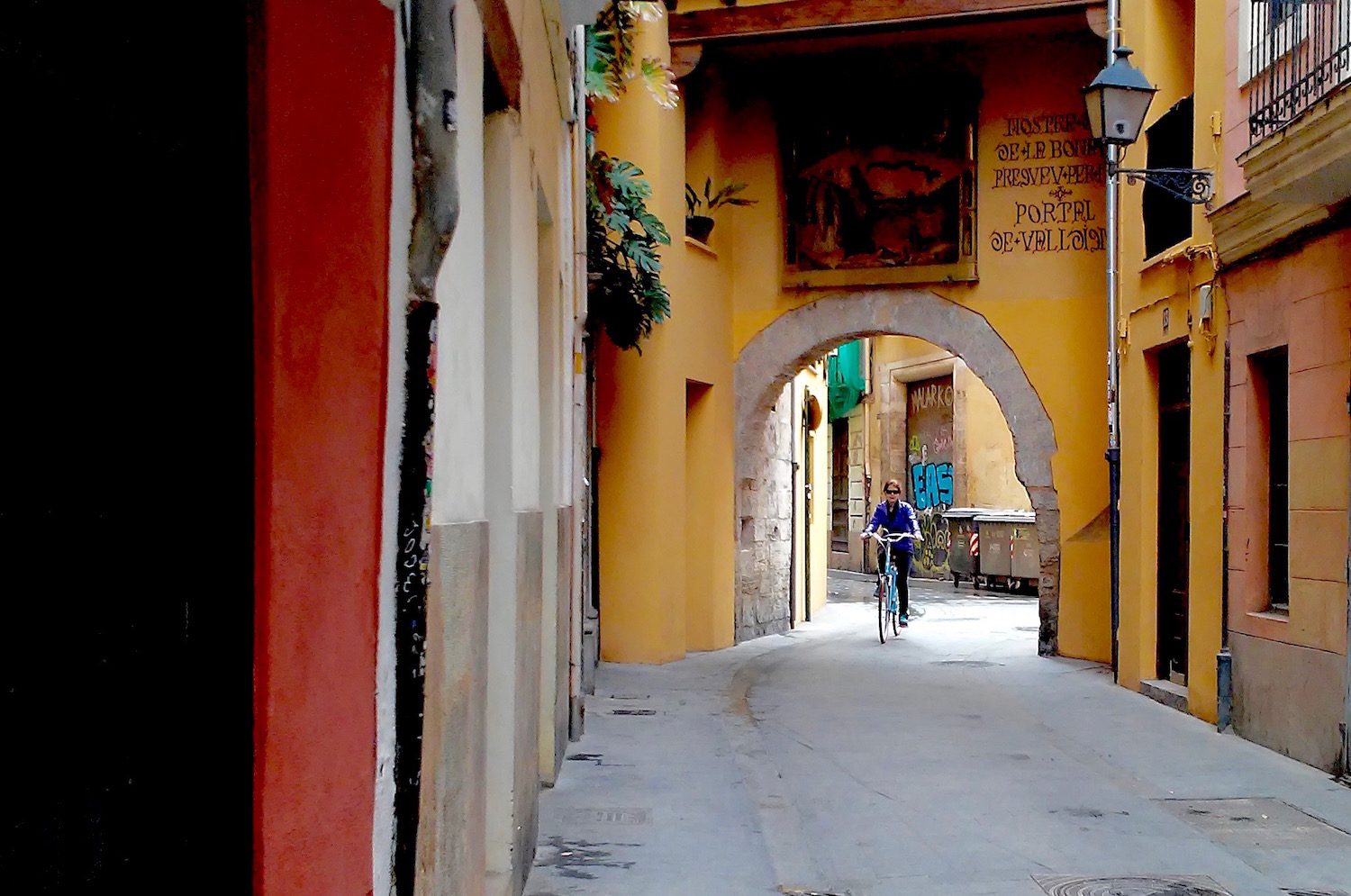 After three days of walking Valencia's old city (Ciutat Vella) and the surrounding neighborhoods our feet were more than ready for a rest, so we decided to tour the outer ring of Valencia by bike.

When it came to renting bicycles, we had many options. Residents and tourists both have the convenience of short term rentals and returns at more than 300 Valenbisí bike stations scattered throughout the city. We saw cycle groups on guided city tours. There was even a Free Bike Tour Valencia that we passed on because we had already taken the walking tour from Free Tour Valencia. And plenty of individuals take self-guided city tours, which was our choice.

There Are Many Options to Rent Bikes

A variety of shops in the old city offer by the hour, half day, or day.  Daily bicycle rentals ranged from €7 to €12 at the shops we surveyed. 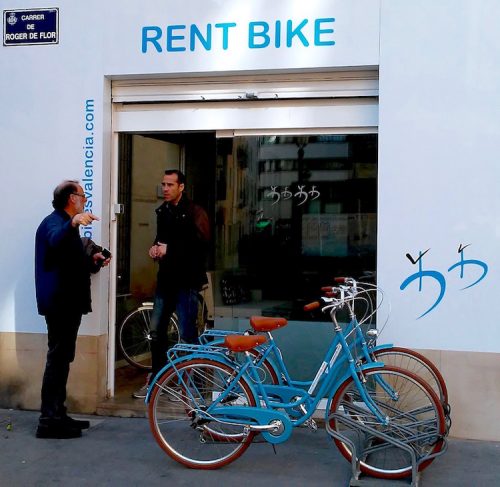 We set off to find bikes to use for the day and in two short blocks from our AirBnB we came across a display of shiny new blue bikes with tan wheels and saddles that were just too attractive to pass up.  And their rate of €10 for the day seemed to be right in line.

BlueBikes is a new business near the Central Market (Mercado Central) in Calle Roger de Flor, started by three friends who recognize the attraction of Valencia's emerging cycling infrastructure.

Lorenzo, one of the entrepreneurs, greeted us with apologies for his poor English, to which we responded that our Spanish wasn't all that good either. Despite that, we easily communicated our desire for a couple of bikes for a single day.

After taking a €100 deposit on our credit card and signing the rental agreement, Lorenzo quickly set up our bikes and we were on our way.

City rules say you must use a helmet in the city, but helmets were not offered at BlueBikes or any of the rental agencies.

The bikes came with locks and the city offers a fair number of bike racks or structures for locking. And though the city bike rules say it is illegal to lock bikes to lampposts and trees we not only saw them in use, we used a lamppost to secure our bikes when we stopped for lunch at Copenhagen, one of Valencia’s premier vegetarian restaurants.

Get to know Valencia astride cool bikes as blue as the Mediterranean.

I loved cycling along the paths of Túria Gardens.

I found cycling in the quasi-pedestrian area of the old city to be a breeze. Outside the old city an expanding system of interconnected protected bike lanes along the city’s thoroughfares represent Valencia’s desire to build a sustainable city.

Now they just need to keep the cars and pedestrians out of them. Plus, whenever the street was particularly narrow, the two-way bike lane got a little too narrow for my comfort -- especially with an oncoming cyclist doing a little one handed texting. With a little more experience, I’m sure I’ll get better at it.

Maybe someday I too will be able to ride a bike and text.  Maybe not.

I loved cycling along the paths of Túria Gardens (Jardí del Túria), a 9 km long park created on the former riverbed of the flood prone Rio Túria whose course was diverted south of the city after a particularly devastating flood in 1957.

Unless you’re a marathon runner there’s no finer way to cover the distance than on the park's dedicated bike paths. The park is divided into 12 sections along it’s length and they’ve separated the walking/jogging paths from the cycle paths allowing you to maintain a constant pace – none of the passing, braking, or pile-ups that happen with multi-use lanes. We found it to be an ideal way to visit the City of Arts and Sciences (Ciudad de las Artes y las Ciencias). It was a special surprise to find that we could even cycle through the Jardines del Real o Viveros along the way.